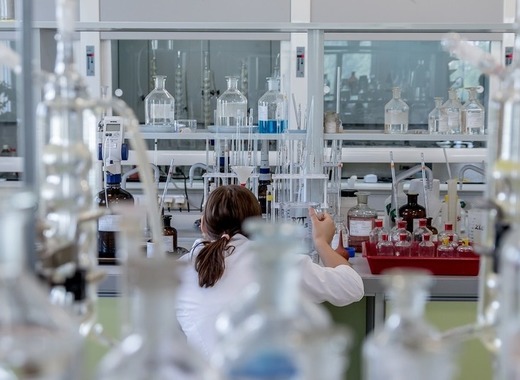 The ever-ambitious Slovenian city of Novo Mesto is now the home of an enormous Research and Development Centre, courtesy of the Krka pharmaceutical group. Through this massive investment, the company has doubled its research and development capabilities as well as its control and analysis capacities, according to its representatives.

Aleš Rotar, R&D director of Krka stated that "With the new facility, which has state-of-the-art equipment for laboratories, analysis and technology, we've almost doubled Krka's development as well as control and analysis capacities, thus significantly improving R&D, which is at the core of Krka's vertically integrated business model,".

The venue, called Research and Development Centre 4 (RKC 4), is the result of an investment totalling 55.6 million euros. It can be found outside of Novo Mesto proper, near Krka’s other centres – RKC 3 and RKC 1. All three facilities are now connected via bridges.

The giant 8-storey building covers a whopping 18,000 square meters and will be housing Krka’s brand new, state of the art control and analysis laboratories and Research and Development Areas.

The work done in RKC 4 will be vital for the early testing of new pharmaceutical products and will define their key features at the very beginning of development.

Krka is one of Slovenia’s most famous companies. The Prime Minister of the country, Marjan Šarec, who was present at the inauguration of the centre, praised it for its many-faceted export trends and innovative approaches – and of course its efforts in developing the local community of Novo Mesto.

The company’s rapid expansion without a doubt leads to the further enrichment of citizens of the nearby city. Krka has been reporting a steady rise in revenue over the past couple of years, further cementing its spot as one of Slovenia’s most important companies.