Mayor of Faro, Mr. Rogério Bacalhau: Faro, like all European cities, only could derive benefits from sharing knowledge and experience

Having the opportunity to get to know good practices, good initiatives, to put them in practice, is a source of knowledge that allows to potentiate and replicate the best that is done in each of the cities around Europe 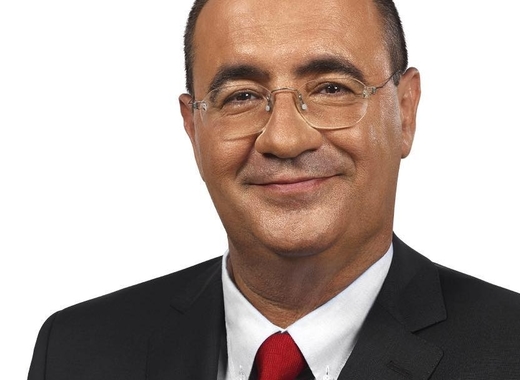 After a term in which you have been ruling without a majority, you, Mr. Rogério Bacalhau, became the second president to be reelected in Faro since 1976. How did you manage to gain the trust of the people?

Not changing my way of being. I was facing the problems without hiding the difficulties of the path that we had to follow to overcome the obstacles that prevented Faro from assuming its role as the Capital of the Algarve. Always with a total availability and always accessible to all, the population understood that difficult decisions were necessary, but that there was a direction, an objective and so they trusted not only me but also the team that accompanies me and the city’s future project.

The city is a very popular eco-tourism area, promoting bird watching, boating in the delta, kayaking along Formosa River, hiking and cycling tours. Tell us more about the possibilities of tourism in your city.

Faro is one of the most complete Portuguese cities in terms of the types of tourism it offers. Faro has an enviable material and immaterial heritage, Faro has culture, science, gastronomy and a cultural and animation agenda which is increasingly more vibrant. Faro can be both a cosmopolitan city where there is always something to happen and at the same time it offers large beaches where anyone can isolate himself from the world.

There are many reasons to visit Faro and we are working to capture more and more differentiated segments through distinctive offers that goes through several areas such as culture, with our goal of becoming the European Capital of Culture 2027, or the maritime activities, where at the moment we are working to obtain the Nautical Station certification reinforcing our connection to the sea. Faro is today a municipality with endless potential...

Faro is a city rich in natural and cultural heritage. How can you preserve your city even though it is such a touristic place?

Natural heritage is not synonymous with sanctuary. Our natural heritage also has to be a living space, with people and sustainable activities that contribute to its defense and preservation. The Formosa River has its most beautiful spots in Faro and we want people to have the privilege of also accessing these places. By educating, sensitizing and allowing access with rules we are also contributing to the preservation and the defense of our natural heritage.

Recovering our built heritage has been another priority. Bring life to the historic center and to the more traditional neighborhoods. In the end, the people are the one making the places, which perpetuate our culture. Faro always had this vocation to defend its culture, something that can be seen already in 2005 signing the Convention on the Value of Cultural Heritage for Society, known as Faro Convention. In the background we always have had one main objective: to balance the preservation of our natural and cultural heritage with its sustainable enjoyment.

The Municipality of Faro has been doing a lot in the social sphere. The city became the first municipality in the Algarve to have wheelchair friendly taxis. Faro is also carrying out two innovative social projects in the city - "Sustainable Change" and the Pedagogical Restaurant "Commitment". Tell us more about what you have achieved so far in this direction?

We reorganized the social action in the city, so that resources will always be scarce, and will be available to those who need them. We have developed a network (Local Council of Social Action of Faro), with the help of the associative movements and other partners, which allows us to be in constant contact, through our partners, with the reality and the needs of the residents. This network maximizes existing resources while streamlining intervention with those who need it.

Thereby, we are able to respond to the real needs better and in an almost immediate way, which minimizes risks, while at the same time promotes the inclusion of the most needy population by giving them conditions and alternatives, to which, they would not have access.

Please share with us Share some good practices and sustainable projects from your municipality. How do you intend to fund them?

The autarchy has bet on a social policy transversal to the society. From guaranteeing meals to all needy students in the county, even during school breaks, through the regular Social Markets, bet on the requalification of the municipal housing stock, to various social inclusion projects such as the Neighbor Day celebrations, the Week of Brazil or the "Senior Active" program, dedicated to creating habits of physical activity while opposing their isolation.

In addition, there is a constant concern to foster the endogenous economy. Today, the events promoted by the municipality involve artists, associations, clubs and other local institutions, giving them the opportunity to grow and succeed together with these events. Examples of this practice are the Baixa Street Fest and the Festival F, two of the main events organized by the Faro Municipal Council.

It is an exciting and necessary idea. Increasingly, globalization must be seen with the creation of synergies and knowledge sharing. Having the opportunity to get to know good practices, good initiatives, to put them in practice, is a source of knowledge that allows to potentiate and replicate the best that is done in each of the cities around Europe. Faro, like all European cities, only could derive benefits from sharing knowledge and experience.

What are the main goals and ideas you intend to develop in the near future?

There are many goals and ideas we have. We are finishing several studies that will allow the rehabilitation of an important part of the riverside which will give us the possibility of better interconnecting with Formosa River. Among my main golas, I emphasize one that is indicative of the dynamics that we intend for the Municipality: the project of requalification of the old Commercial Wharf. A project that joins the local authority to the Centre for Marine Sciences located in Faro and inserted in the University of Algarve system and a series of other entities to set up an entire 18-hectare zone, composed of the old wharf and industrial areas adjacent to the abandonment, to erect an entire complex facing the nautical and marine sciences. The creation of the CCMAR Research Center will be at the heart of this project. A space linked to a worldwide network of laboratories operating in this area. There will be also other facilities created to ensure the success of the idea, such as a Congress Center (whose main auditorium will have 1200 seats), an aquarium with 7000m2, a micro-incubator (in the area of ​​marine biology), a development center of the University of Algarve, as well as commercial and catering areas and three hotel units. To reinforce the maritime vocation of our city, the implementation of a marina with 400 moorings, a sailing school and a shipyard for naval repairs completes this project which, once completed, plans to create more than 1500 direct jobs and will mark a decisive and sustainable way of opening Faro to a new world and a new future.