Mayor of Mealhada, Rui Manuel Leal Marqueiro: The citizens of Mealhada know that they can count on me!

More and more, local authorities must be connected and interactive. I see this platform as a demonstration of good practice and areas of interest in partnerships, in order to promote the development of joint projects. 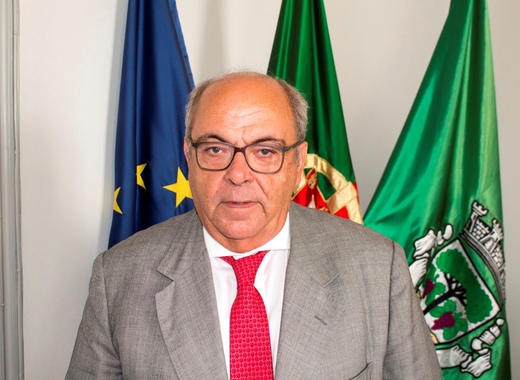 You have been the Mayor of Mealhada since 2013. How did you manage to keep the trust of the people?

The citizens of Mealhada know that they can count on me. When I ran for mayor of Mealhada in 2013, I presented an electoral manifest that had an action plan for a four-year period, which was discussed and put to public scrutiny, where I undertook to develop a territorial cohesion policy and create conditions so that the municipality develops harmoniously and it’s attractive not only for those who live here, but also for those who visit us.

In 2017 I was reelected, with the continuity of this plan. We took advantage of the Community Funds to leverage the development strategy that we started in Mealhada, which allowed us to instill an image of modernity (for example - Urban Regeneration in the City Center), endow municipalities with sports and education equipment, support entrepreneurship and bet on close proximity to citizen services.

Although we have a tough legacy on basic infrastructures that need intervention, namely water, sanitation and road networks, which consume a significant part of our financial resources, we are committed to education, culture, sport and family policy , going beyond the powers assigned to us by law.

We have a strict management of the public money, which put us, in 2017, in the first position of the Financial Yearbook of Local Authorities. We are concerned about accountability to citizens and transparency of management acts, so that citizens can consult all financial information, procurement, human resources, among others, on the website of the municipality.

How would you describe your city? What do you want our readers to know about Mealhada?

Mealhada is part of the Central Coast Region and takes advantage of the privileged positioning of the region within the country itself, establishing the connection between the two large metropolitan areas - Lisbon and Porto - and the access to Europe. Because it is surrounded by dynamic urban centers such as Aveiro, Coimbra and Figueira da Foz, it occupies a central position that allows it to establish significant synergies and maintain strong functional relations in different areas. This centrality coupled with the quality and proximity to road and rail infrastructure, linking the region to Spain and Europe in general, through the Beira Alta railway line, gives it an advantage recognized by several companies that have reinforced the investment in Mealhada.

The Municipality of Mealhada is endowed with unique and outstanding environmental and landscape values ​​–it is a place where two very important environmental patrimonies coexist, namely the demarcated Bairrada region and the Bussaco National Forest (UNESCO World Heritage Candidate). with an enormous strategic significance and a potential for affirmation. The imperative of territorial management is the need to reinforce and promote strategies that are conducive to the integrity, protection, maintenance, enhancement and promotion of the territory.

It also has the thermal village of Luso, which therapeutic properties of spring water motivate great demand at national and even world level.

The project "The 4 Wonders on the Mealhada’s Table", launched in 2007, is now mature and takes the name of Mealhada to the four corners of the world, with emphasis on its gastronomic riches: water, bread, wine and piglets. It's a winning project that asks us to give it a little more boldness. The opening of a sales space dedicated to the products from 4 Wonders of Mealhada's Table, besides the one that already exists in the new Tourist Office, is a step towards for the consistency of the brand.

The Municipality of Mealhada is part of the Climate and Energy Pact. The municipality plans to reduce CO2 emissions by 40% by 2030. Tell us more about this initiative and the results achieved so far?

The Mealhada City Council signed the Covenant of Mayors for Energy and Climate on June 29, 2018.

Over the last five years, we have developed a Sustainable Development Strategy which aims to contribute to the EU's energy policy objectives in terms of greater energy efficiency and to encourage the use and production of renewable energy and in terms of reducing CO2 emissions, at the same time also allowing, to contribute to the reduction of the energy costs at the responsibility of the autarchy. The energy strategy focuses mainly on public lighting, semaphore installations, municipal buildings and other water and wastewater facilities.

However, there is a need to extend this strategy by the 2030, so that during the first phase should be done a monitoring and developed the Action Plan for Energy Efficiency of Mealhada (2020) and a study should define and identify the necessary adaptations to develop clusters for public buildings, municipal facilities (schools, pavilions, swimming pools, sports parks, social neighborhoods and others considered relevant) and public lighting, in order to promote the increase of energy efficiency.

The empowerment of the Municipality of Mealhada as a territory with environmental quality also incorporates a strategy of education and environmental awareness that reconciles environmental awareness with the interventions associated with the process of economic, social and territorial development, creating dynamic action for the local stakeholders to prevent risks, mitigate vulnerabilities and respond quickly to the demands that pressures the natural resources from the current environmental framework of profound climate change, where the Center for Interpretation will play a key role.

The Municipality of Mealhada bets a lot on youth. The city is carrying out many projects and programs for young people - the "Junior Summer School" program, the requalification project of Mealhada Secondary School, the support that the municipality gives to young people to participate in the Budget proposals phase Participating Youth Portugal (OPJP) and more. Tell us more about what you have achieved so far in this direction and what you plan to do next?

Youth policies are seen as transversal to all local activities and reflect into the municipal will to capture, establish and develop knowledge, create conditions for a dynamic youth, entrepreneurial, capable to design its future with autonomy, security, capacity to intervention and participation in the community.

The Junior Summer School is a partnership that we have with the School of Education of Coimbra, which aims to equip young people in Mealhada with skills in areas such as journalism, programming, photography, robotics, performing arts, among others, in order to prepare them to the challenges of a Knowledge and Information Society, which require more and more entrepreneurial skills, creativity, flexibility and resilience.

One of the challenges faced by the Portuguese and World leaders is the abstention and non-participation of young people in political life. This contributes to the negative image that has been built around politicians and management positions, which are generalized and cause expulsion. Initiatives such as OPJP aim to stimulate participation and have an educational role, in the sense that the participants have a knowledge of the difficulties that politicians face in implementing certain projects, due to the difficulty of budgeting, the requirement of opinions of external entities and by the bureaucracy of local and central government. We associate ourselves with these initiatives because we believe they can, in some way, fertilize local actions in terms of civic participation.

This year, the Municipality of Mealhada has acquired from a building in Ventosa do Bairro to install Youth and Creativity House, where we will launch a contest of ideas for young people to tell us what they want for that space. However, it is our intention that this area can support the values ​​of the Council of Europe, promote cooperation in the youth sector and an international dimension in youth activities, contribute to the definition of local youth policies, promote youth education and training, contribute to develop and improve the quality of non-formal educational practice and work with young people and to support the promotion of active citizenship, associativism, entrepreneurship and creativity.

The Mealhada City Council signed a protocol to promote healthy living habits within the framework of the Global action plan on physical activity 2018–2030. What are the next steps of the municipality to implement and promote physical activity and a healthy lifestyle?

"More Active People for a Healthier World" is the motto chosen by the World Health Organization for this Plan, which will give clear guidelines to countries to promote,through all policies, physical activity of the population, namely through the creation of safe and affordable environments for people of all ages.

The municipality of Mealhada is part of the CIM-RC - Intermunicipal Community of the Region of Coimbra. Tell us more about regional development based on a supra-municipal strategy and the positivities of being part of such union.

The problem of Portugal's territorial organization has been a constant in the political agendas of the various governments since 1986, after Portugal had become a member of the European Union. On the other hand, the European Union itself has recognized the importance and necessity of intermediaries between municipalities and the Central State and for the definition of regional policies and decentralization of competences. With the failed attempt at regionalization, the Intermunicipal Communities arise, as a supramunicipal structure, which equates us with the Regions of Europe.

Thus, one of the great advantages of being integrated in the CIM-RC is the gain in scale and the consequent European positioning in terms of access to Community Funds and even nationally, in the process of decentralization of competences.

The elaboration of Integrated Development Plan, with a strategic vision of the various areas of local governance, allows the 19 municipalities that integrate the CIM-RC to develop a concerted regional policy, with gains in efficiency and effectiveness, due to a better allocation of resources. On the other hand, the implementation of a Procurement Center allows us to do better business and reduce the bureaucratic burden in terms of public procurement processes, which translates into cost savings.

Another aspect that I believe is relevant in addition to the ability to develop a common strategy for the development of the region is the involvement, among others, of higher education institutions, representatives of the business sector, representatives of non-governmental organizations and others. Only in this way is it possible to mobilize the endogenous potential of the regions and promote regional development, thus making the territories competitive.

More and more, local authorities must be connected and interactive. I see this platform as a demonstration of good practice and areas of interest in partnerships, in order to promote the development of joint projects. This platform can also be a business card to the different European cities, promoting tourism, culture, and gastronomy.