Mayor of Mechelen, Bart Somers: I find it very important to have structural contact with as most citizens as possible

“People are proud to live in Mechelen” 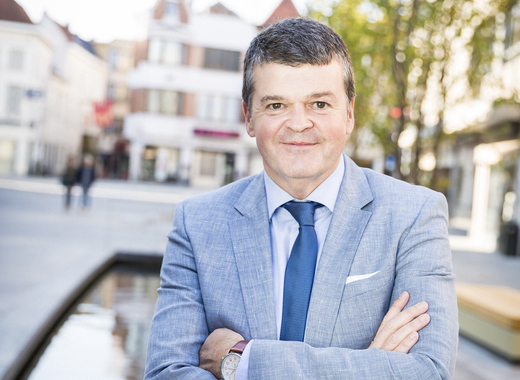 Bart Somers is mayor of Mechelen, Belgium since 2001 and President of the Alliance of Liberals and Democrats for Europe in the European Committee of the Regions since October 2016.

How would you describe your city briefly? What do you want our audience to know about Mechelen?

Mechelen is a city of over 86.000 inhabitants and is growing every year. A lot of people in Mechelen have a migration background so this means Mechelen is a very super diverse city with over 130 different nationalities. Today even 1 out of 2 newborns have migration background. This results in a new and typical 21st century reality with a lot of opportunities and possibilities.

Mechelen is also a city that underwent a huge evolution these last 2 decades. In 2000 we were one of the most disadvantaged cities in Flanders. People were even feeling ashamed to be citizen of Mechelen. Today we are one of the reference cities when it comes to for instance safety, cleanliness of the public domain and proudness of the citizens. That’s one of the most important things about Mechelen and its citizens: people are proud to live in this city.

You organize frequent meetings with the residents of your municipality. What do these meetings bring to you and how do you interact?

As a liberal politician and as a mayor I find it very important to have structural contact with as most citizens as possible. Therefore we have resident meetings where we discuss in every neighborhood the initiatives the city is going to take there. I never go to a resident meeting with the idea I have to “defend” a particular plan. I go there to listen open-minded to the remarks of people and sometimes a whole plan can be adjusted after that meeting because of these ideas and remarks of critical and positive citizens. For me that’s the core of our liberal democracy: dialogue between policymakers and citizens. And on the local level you really have the means to push that dialogue to the next level.

2018 is the European Year of Cultural Heritage and Mechelen is a home of many landmarks, some of them are part of the UNESCO World Heritage. How do you promote and preserve them?

The UNESCO material and immaterial heritage is very important for Mechelen from a historic, cultural and touristic point of view. Therefore “Visit Mechelen” has an important role in this and is setting up promotional activities in the city. “Visit Mechelen” has 4 important baselines and focus points: first of all the focus on the Burgundian heritage which is very prominent in Mechelen and very interesting for a lot of other European citizens and visitors. Secondly there is also a focus on “craftsmanship” with a particular stress on the brewing - and the carillon culture. Thirdly the importance of attracting families with children. It is crucial to explain the culture and the history of Mechelen to children as well. And last but not least: Mechelen has a very strong focus on its history of preserving and promoting the importance of human rights. Mechelen is historically a city of justice and human rights and this is a very important corner stone of our cultural heritage. This theme is also part of a big urban festival “Op.Recht.Mechelen” which tries to both commemorate and articulate the importance of human rights in Mechelen, Belgium, Europe and the rest of the world.

In a city with 86 000 citizens it is very important to invest a lot in local projects and social cohesion. One of these initiatives is the renovation of the district house of Hombeek (one of the 12 neighborhoods and villages that are part of Mechelen). For this renovation, the biggest amount came from local resources, but a part of the investment was possible thanks to the European “Interreg” program, which supports joint actions and policy exchanges between national, regional and local actors.

When it comes to living together in diversity, we also focus on a project that needs to open our numerous youth movements to the superdiversity that is present in our city reality. For this investment in social cohesion, we received resources from the Flemish regional level.

Finally, Mechelen is also a city in which the river Dyle (Dijle) has a very prominent role. Therefore we invest a lot in the presence of high quality water in the public space, since this is very atmospheric and relaxing for both visitors and inhabitants. For some of these projects, like the opening of some tributaries of the Dyle throughout the entire city, we are partly supported by the European level.

You are member of the European Committee of the Regions, in which initiatives of the assembly you are mainly involved?

As ALDE- group leader in the European Committee of the Regions, I work a lot on themes like urban development, integration and positive identity, but also on themes like deradicalization and counterterrorism.

I think one of the huge advantages of the European Committee of the Regions is in the exchange of information and best practices between local authorities. This is a very important and productive workflow. As mayor of Mechelen, I learn a lot when seeing the good examples of mayors in other European cities.

Exchange of information and transparency are vital for a strong and efficient European Union. Cities and municipalities can play an important role here, because they can operate very close to their citizens, which is one of the key challenges for Europe and the European institutions. In this context, the European Committee of the Regions already play an important role, but we could intensify its function.

Find out more about Mechelen here