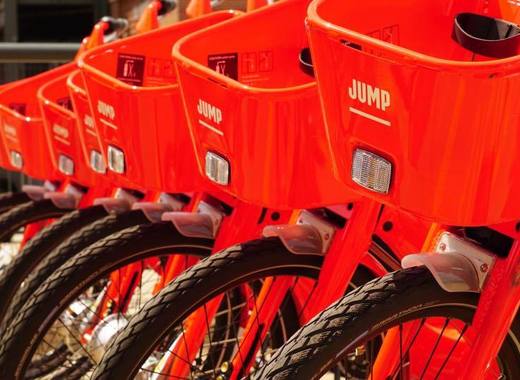 Rome is the first Italian city to offer the new electric bike-sharing service Uber Jump. According to Virginia Raggi, Mayor of Rome, the city is ready for this new service. Mayor Raggi urges citizens and guests of Rome to respect it.

The new bike-sharing service costs 12 euros per hour and includes a total of 3,500 Uber Jump bicycles being deployed on the city's streets within the next few weeks.

The mayor attended the official launch of the new bike service describing it as an "amazing service being offered to Rome", she also stated that "we are the first weapon against degradation of the bicycles."

Raggi underlined: "If we don't want these bikes to be treated badly, guess who it depends on? Us. I, therefore, believe it is essential to involve all citizens for an informed and optimal use of these bicycles to show how ready Rome is for such a service.”

How to use and how much it costs

The red-colored bicycles are outfitted with GPS tracking and a shopping basket. They can be booked through the Uber app, which allows the user to locate the nearest bike and then unlock it with a code provided by the application. The cost of hiring the vehicle is 20 cents per minute with a 50 cent charge for releasing it. The bikes can also be put on hold for up to half an hour.

The scheme covers a large area of the Italian capital, starting from the center to EUR, Coppedè, Monteverde Nuovo and Fleming. The e-bicycles can be parked across the city in safe areas but cannot be parked along the Lungotevere River. In an effort to avoid damage users parking them along the river will be charged an additional fee.

Rome's previous vehicles sharing schemes rapidly increased in popularity among residents and visitors of the Italian capital. The hope of Mayor Raggi is for Uber Jump to surpasses that success.