TheMayor.eu - The European portal for cities and citizens is a partner of the event 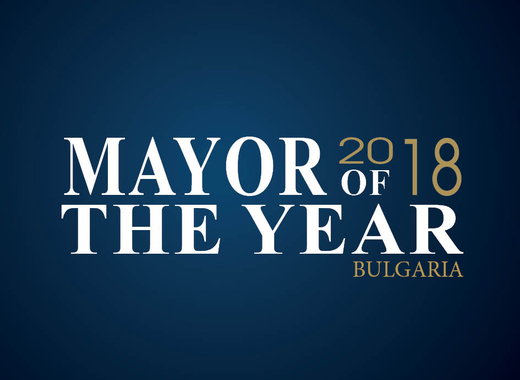 The prestigious competition “Mayor of the Year” will take place on November 15, 2018, at the National Palace of Culture in Sofia. "Mayor of the Year" is a unique initiative launched in Bulgaria in 2013. Through a national online voting every year, the best city mayors receive public recognition. The competition is organized by the Portal of the Bulgarian Municipalities Kmeta.bg and the free newspaper KMETA.bg - the only national media, whose main focus is on the work of all 265 municipalities in Bulgaria. This year's partner of the spectacular event is TheMayor.eu - the European portal for cities and citizens.

For six years, the “Mayor of the Year” awards has become an important bridge between local government, the country's institutions and citizens. It has become a platform not only for competition between the mayors. It is already an informal network of local institutions and authorities that allows cities to exchange good practices, show what they have done and what they have achieved.

We remind you that of the last year's awards - Mariya Gabriel, European Commissioner for Digital Economy and Society, Markku Markkula – First Vice-president of the European Committee of the Regions, Iskra Mihaylova – Chair of Committee on Regional Development, Daniel Panov – Chairman of the National Association of Bulgarian Municipalities and Mayor of Veliko Tarnovo, and Boyan Tomov – Chairman of EuroAdvance Association launched the one of a kind platform dedicated entirely to cities and citizens in the European Union – TheMayor.EU.