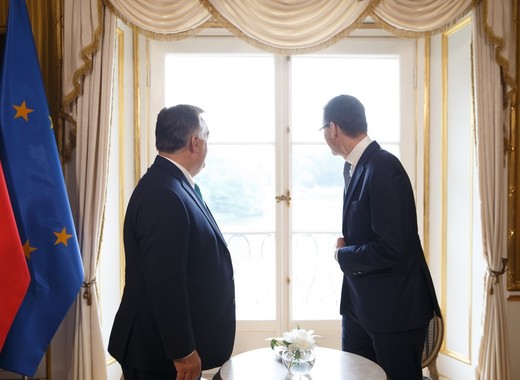 After the Prime Ministers of Hungary and Poland announced that they will be vetoing the EU’s next budget and its coronavirus recovery fund, the mayors of the two countries’ capitals, both members of opposition parties and groups, called on European leaders to continue defending the rule of law and overcome these obstacles.

Damaging yourself and your neighbours

As explained by Viktor Orban and Mateusz Morawiecki, Hungary and Poland will be vetoing the EU’s budget and coronavirus recovery fund (which require unanimity to be adopted) due to their concerns about the link between access to funding and the rule of law.

It is worth noting that Poland and Hungary are the two largest net recipients of EU funds under the bloc’s budget deal which means that their vetoes will effectively deprive their citizens of billions and billions of euros should they not be overturned. Understanding these grave circumstances, the mayors of the two countries’ capitals launched their own attacks against their respective governments through a press release sent out by the European Committee of the Regions.

Rafał Trzaskowski, mayor of Warsaw, stated that "It has been known for years that if the basic principles of the rule of law are violated, the Law and Justice government will have to face the consequences. And it is exactly what is happening just now in front of our eyes. Vetoing the budget from which Poland is to be the greatest beneficiary is simply a suicidal undertaking. It is beyond comprehension.”

Meanwhile, his colleague Gergely Karácsony, Mayor of Budapest proclaimed that "The European Union should not fund corrupt governments, nor should it have to: cities and metropolitan areas are closer to the citizens and better positioned to spend the money responsibly and productively to invest into a greener, healthier, and more resilient future.”

By vetoing the EU’s landmark budget deal and coronavirus recovery package, Poland and Hungary have effectively brought upon themselves the wrath of all other EU member states (except for Slovenia, whose Prime Minister has voiced his support for the Visegrad countries). Should their opposition to the rule of law mechanism not be circumvented, Europe remains at risk of falling even further behind in its economic recovery as COVID-19 continues to rampage through the continent.