Migrants and refugees in Lesbos provide aid in fight against pandemic 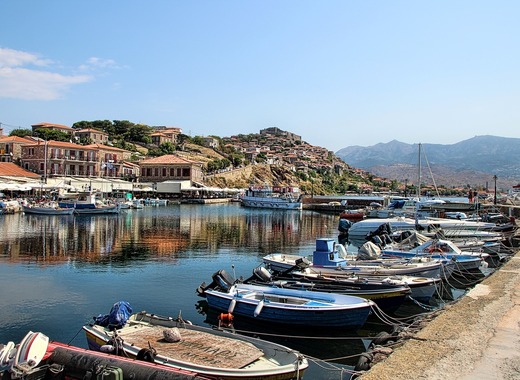 Migration has been a hot button issue in Greece ever since the 2015 refugee crisis. The Mediterranean country was among the hardest hit by waves of migrants coming from the Middle East and Africa, alongside Italy.

Currently, Greece hosts tens of thousands of refugees with more and more arriving either by boat or, more rarely, by foot from Turkey. Large numbers of Greece’s migrants are being placed in camps around the country and its islands – with the biggest concentration being on the island of Lesbos.

Helping any way they can

And it is precisely on Lesbos where many migrants have taken upon themselves to help the country that they have arrived in. Namely, by sewing masks and providing them not only to locals but also the Greek healthcare department and its many medical workers who are constantly facing danger when dealing with patients infected with COVID-19.

One of the biggest operations on the island of Lesbos is in the Moria migrant camp, where refugees have set up their own “factory” for protective masks.

They have also created sashes for refugees who are responsible for raising awareness about the coronavirus among the camp’s population, thus improving the conditions in the area.

Yet that will not be enough. Fears are increasingly growing that it is only a matter of time before Greece’s migrant camps fall victim to disease. If a single case of COVID-19 is discovered, the entire camps, hosting tens of thousands of people will be closed down, thus trapping healthy and sick people in the same place.

The issue is further exacerbated by the nationwide lockdown that is preventing pretty much all kinds of movement. The lack of a clear approach to the issue by Greek authorities might lead to many preventable deaths as leaving the camps is now practically impossible due to the countrywide measures adopted by the government. Yet, with more and more people waking up to the fact that problems in the camps would mean more problems everywhere, some kind of a solution will probably be found in the near future.