According to the ICity Rank 2019 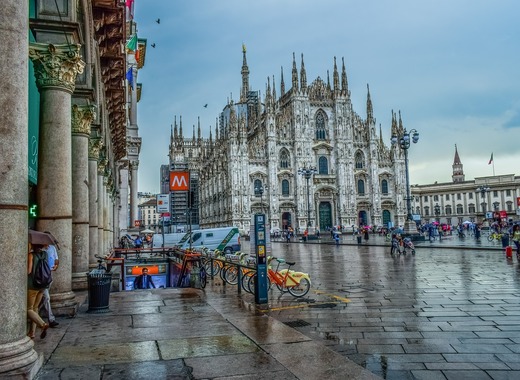 Guess which is the smartest city in Italy for 2019? For the sixth consecutive year, Milan wins the race - surprising absolutely nobody. The Lombard capital is in first place for economic solidity and sustainable mobility, second place for social quality and third place for digital transformation. However, Milan remains 12th in terms of government capacity and 54th when it comes to environmental protection.

These are the results of ICity Rank 2019, the annual report of FPA, a company of the Digital360 group, which keeps track of the situation in the Italian cities that closest to the needs of citizens and rank among those with the highest quality of life. The survey is carried out among 107 regional capitals.

Florence is at second place in the ranking, only two points behind Milan, thanks to record high scores in social quality and digital transformation, it comes in second in its ability to govern, fifth in environmental protection and third for sustainable mobility. Bologna occupies the third position thanks to its capacity of government, digital transformation and economic solidity, environmental protection as well as its efforts in advancing social quality.

The rest of the ranking of Italian smart cities is as follows: Bergamo, Turin, Trento, Venice, Parma, Modena and Reggio Emilia. Meanwhile, the capital of Italy, Rome remains 15th, despite showing good results in some dimensions, such as social quality, it leaves much to be desired in other areas like the capacity of government and in economic solidity.

The differences between North and South Italy still remain large. All the top 20 cities in the ranking belong to the central-northern areas of the country. All the way at the 37th position can one find the first southern city - Cagliari, which has moved six positions forward compared to 2018. Pescara, Bari and Lecce, are the only other Southern Italian cities which have managed to improve their standing in the ranking.