Millau Viaduct – the tallest bridge in the wolrd

With its 343 meters, the bridge is even taller than the Eiffel Tower 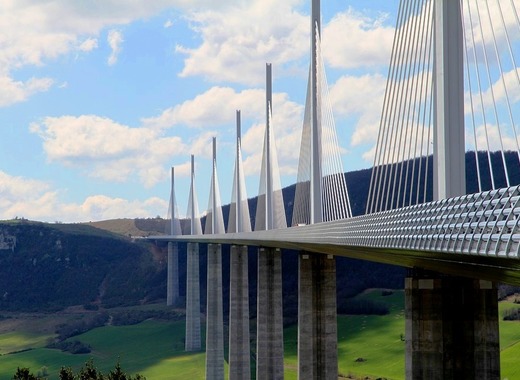 Located in Southern France, the Millau Viaduct is the tallest bridge in the world. Constructed in three short years, the bridge is an engineering and architectural marvel. At its highest point, the bridge soars 343 meters (1,125 ft) above ground, that’s 19 meters (62 ft) taller than the Eiffel Tower.

Millau Viaduct was opened in December 2004, and is located in southern France. The bridge has a total span of four lanes. The reason behind its construction was to present congestion, much of which was caused by people driving from France to Spain and back.