Located in the heart of Budapest, the railway museum has been in use since 1896 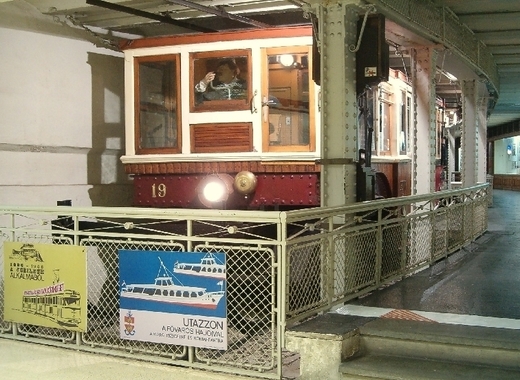 In the heart of the City of Budapest proud yellow trains tell the story of the oldest metro network in Europe, driven by electricity. Second only to the one in London, driven by steam, the first electric underground railway network on the Old continent has been inaugurated on 2nd May 1896 and is still in use today.

The Underground Railway Museum in Budapest was opened in 1975, as a celebration of the first underground in the country. 100 years after its opening to the public, it was renovated. The museum presents the history of the underground in authentic surroundings. On display are three carriages of the underground railway with track numbers 19, 1 and 81, accordingly. The vehicles were lifted in 1975 with a crane through the open ceiling on the tracks. Opposite the carriages relics, original documents such as plans, maps, building reports, photographs and models tell the story of the underground railway from the construction until nowadays, accompanied by an insight into the metro constructions.

Find the Millennium Underground Museum in Budapest, at Deák tér underground passage and metro station. Open between 10:00 and 17:00 each day except for Monday, the museum presents also temporary exhibitions, a museum shop and a place and programmes dedicated to children.

If you are curious to find more, virtual tour is available here.