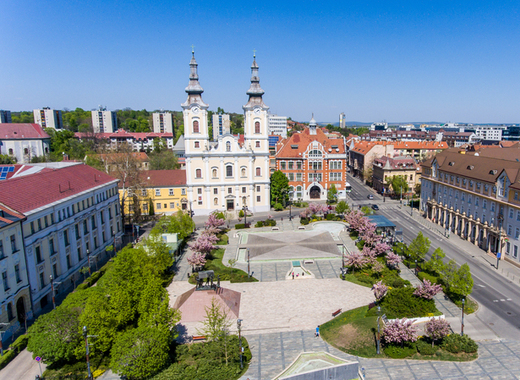 The tourism development strategy of Miskolc until 2030 has been completed, according to a local government press release. Soon, the document will be submitted to the Municipal Assembly of this city in North-Eastern Hungary for a final brush-up, after which it will serve as a guideline for local developers and players in the sector for the next 10 years.

The strategy’s goal is twofold: on the one hand, the city centre with the historical Avas volcanic hill and Lillafüred (a town in the Bükk Mountains, 12 km away from Miskolc but officially a part of it) must be brought to a similar level of development. And, and on the other hand, the four most important tourist attractions of Miskolc are to be showcased under a strong Miskolc brand name. These include Miskolctapolca (a suburb of Miskolc, famous for its cave baths), the medieval Diósgyőr Castle, Miskolc-Lillafüred environmental study trail, and the city centre together with Avas and its wine cellars.

The specific tourism development projects are summarized in the Herman Ottó Tourism Development Program which is part of the strategy. Among the projects underway is one of the most exciting adventure baths in Central Europe taking shape in Miskolctapolca and the small railway development at Šiaurėserdő Zrt.

The professionals behind the strategy hope that tourism, which is still a major force in this industrialised city, will be given a further boost through a range of quality experiences, unique attractions and capable management.

As the strategy states, Miskolc has a strong position in the domestic tourism market, with 80 percent of its visitors coming from Hungary and the remaining 20 percent from neighbouring countries. Responding to the effects of the coronavirus pandemic and in line with the goals of the strategy, Miskolc has recently launched an online tourism campaign to showcase the city’s diversity to domestic tourists.