Mohamed Ridouani: we are united to turn Leuven into a sustainable and carbon-neutral city by 2030

With the mayor of one of the largest cities in Belgium we discuss structural cooperation, mobility and concrete measures aiming to achieve climate neutrality 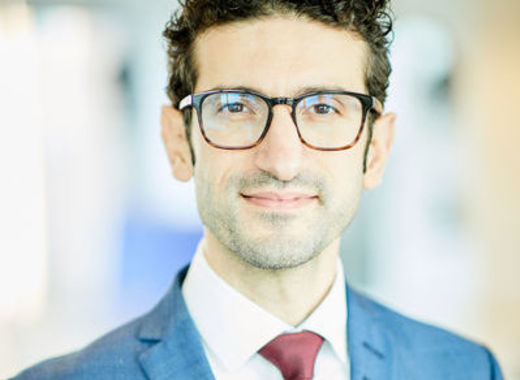 Elected in October 2018, Mohamed Ridouani (39) is Mayor in the city of Leuven, formerly responsible for Education, Sustainability, Economy and Urban Development. He stands for positive change and aims to turn Leuven into one of the most caring, green and prosperous cities in Europe, in cooperation with the citizens, knowledge institutions, companies and organisations. He’s the inspirer of Leuven 2030, for which Leuven received the European Green Leaf Award 2018 from the European Commission.

Mr. Ridouani, succeeding Mayor Louis Tobback, who ruled the city for 24 years, is undoubtedly a great responsibility. In addition, the good results of the Socialists in Leuven testify to the trust placed in the party and in you personally. How will you explain this success and what does it mean to  you?

To succeed Louis Tobback, a Minister of State and a great politician, was no mean feat. We started our plan for succession very early on: 3 years before the elections, I announced myself as candidate-Mayor. That made it clear for the citizens, what my ambitions were.

At the time of the election, I had been a deputy Mayor for 12 years, responsible for Education, Sustainability, Urban Development and Economy. A heavy workload, but I could prove my capability. During the campaign, I always focused on positive change and collaboration. A message in which the citizens believed in: 10.000 people voted for me, which is massive. I was overwhelmed by it, it took me a few days to realize what an enormous vote of confidence that is.

The 2019-2024 coalition program envisages the conversion of Leuven into the Flemish cycling capital and considerable improvement of the mobility of pedestrians of all ages. At what stage is this project and when can we see its implementation?

Mobility in the cities poses a challenge. One which we have to answer keeping quality of life and accessibility in balance. We want to realise a modal shift, from motorised traffic to walking, cycling and public transport. This way, our city not only becomes healthier and more sustainable, but those who really need a car to move around, don’t have to be in traffic all the time.

This process has been long ongoing. In the 1970’s we made the heart of the city car free. What used to be a 4-lane roundabout is now our most beautiful square. The shopping street we made car free is flourishing. In the years that followed, we made more and more areas car free.

In 2016, we implemented a circulation plan in the whole city centre, guiding car traffic to designed lanes so pedestrians and bikers have more space to move around safely. In the coming years we will focus on the mobility and the quality of life in the sub municipalities.

You always have to keep in mind it’s a slow process. On the one hand, you need to convince the citizens and visitors this is the way forward, and you have to ask them for a change, which is always difficult. On the other hand, we need to transform the infrastructure in the public domain to fit the new traffic flows: more space for pedestrians and cyclists, for social gathering instead of space for cars.

Not many cities manage to successfully develop social policies and achieve spectacular economic growth, but Leuven is one of them. What innovative solutions and technologies do you plan to introduce to maintain this balance?

I am a strong believer in structural cooperation. I launched Leuven 2030, in which more than 300 companies, organizations and citizens, together with the city government, are united to turn Leuven into a sustainable and CO2-neutral city by the year 2030.

I also initiated Leuven MindGate, an economic platform with 400 members that will boost Leuven as the world’s hotspot for health, technology and creativity. That’s also a form of innovation, for which we received the European Green Leaf Award 2018 from the European Commission and were finalists for iCapital, the European Capital of innovation.

These two examples are evidence of a new governance model, based on collaboration and connecting people.

With the presence of UZ Leuven (university hospital) and the University of Leuven, we have a flourishing economy. We are working on space (physical and mental) for the creative sector, which brings a vibe of opportunity and possibility. A growing economy provides prosperity for everyone.

Can you say more about these projects - Leuven 2030 plan and the Leuven MindGate network, of which you are one of the founders?

Leuven 2030 is a partnership in which more than 300 companies, organizations and citizens are united to turn Leuven into a sustainable and CO2-neutral city by the year 2030. It’s a unique way of working together, with great ambitions. And it is necessary, if you look at the climate protest around Europe. Leuven 2030 has developed a Roadmap, which contains all the steps we need to take to turn Leuven into a climate neutral city.

Leuven MindGate has the ambition to develop Leuven’s economy and create growth, by putting Leuven on the international map as the place to be for technology, health and creativity.

The rapid economic development of the city is associated with rising prices and the difficulty of access to housing. What concrete steps do you envisage to alleviate this problem in the next six-year term?

We welcome 1.000 new citizens every year, which is enormous. That brings prosperity and opportunity, but also challenges like the cost of housing. The past years we invested a lot in social housing, something we will continue to do. Apart from that, we are taking measures for the modal incomes. We are also looking at new forms of housing, like Community Land Trusts and other ways of ownership.

All in all, it’s the system of supply and demand. We only have limited space to increase the supply, so collaboration with neighbouring towns is inevitable.

Finally, how do you evaluate the need for a portal such as TheMayor.EU, which aims to inform citizens about the latest developments in their cities and to present the best practices of the European communities?

Europe is very important, with the European Union as a platform that has a big impact on people’s lives. Every initiative that wants to bring Europe closer to people is a good one. Moreover, cities like Leuven receive European funds to realise projects that increase the quality of life. It is important that people are aware of that.