Montparnasse tower to be illuminated to reflect air pollution in Paris 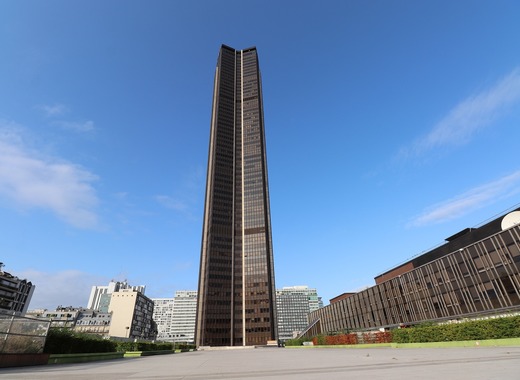 Paris has introduced a new, albeit temporary, measure to raise awareness on the air pollution in the city. As of Monday 16th December, the Montparnasse Tower will be illuminated in a different colour to match the current state of the quality of air, as indicated by the air quality index.

40 years of action for higher quality of air

The initiative is taking place on the occasion of the 40th anniversary of Airparif, association monitoring the state of air in Ile-de-France since 1979. This innovative action aims to remind that every one of us is a central actor, capable of influencing the atmospheric pollution which is particularly important in a region of 13 million inhabitants. In the heart of Paris, this enormous birthday candle 210 metres long is to serve as a positive reminder that when we are aware, we can act, explains Jean-Félix Bernard, president of Airparif, quoted by cnews.fr.

Quality of air in Paris and Ile-de-France illustrated

Each evening until the 21st of December, the tour of Montparnasse will be illuminated in five colours going from green to red, depending on the pollution with major pollutants (azote dioxide, ozone, PM10 and PM2.5 particles), revealed by Airparif. Accordingly, the dark green colour stands for very low pollution, the green – for low pollution, yellow is for medium levels while orange and red indicating high and very high levels.

Follow the current state of the air pollution in Paris and Ile-de-France on Airparif. The action comes after earlier this year the municipality of Paris launched an online map to display daily air pollution levels, using Airparif data and updated every two hours. About six months ago, in a key court case the administrative court of Montreuil, a suburb of Paris, declared that the State was responsible for failing to prevent high levels of air pollution in the 2012-2016 period.