Mood-measuring cameras are a huge hit in Vilnius

The system can say if you are happy or not after analyzing your facial expression, body language, temperature and other factors 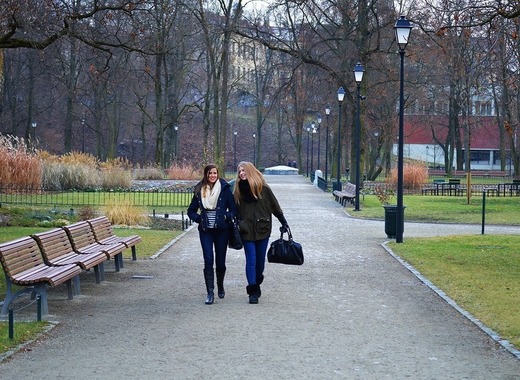 A one-of-a-kind camera system developed by Vilnius Gediminas Technical University is enjoying a huge popularity in the capital of Lithuania. Placed in several locations across Vilnius, the innovative devices can measure the mood of passers-by based on their facial expressions, body language, temperature, and other factors, public broadcaster LRT reports.

The cameras are able to record various indicators that can measure someone’s well-being, says the project’s initiator Artūras Kaklauskas, a professor at VGTU.

One cluster of around 30 parameters can pick up emotions, determining whether someone is happy, or unhappy. The second group of indicators focuses on whether a person is bored or feeling upbeat. Lastly, the cameras register body language, temperature and even breathing intensity to suggest well-being. The more the body temperature changes or the eye pupils increase, the stronger the emotion is.

Negative emotions much stronger than positive ones

Negative emotions are much stronger than the positive ones, observe the researchers.

At the height of the economic crisis in 2010, just six percent of Lithuanians said that life in the country was improving. Nine years later, with the economic upturn, the number of optimists jumped to 45 percent.

While this rise in well-being is reflected in both the official surveys and statistics, the data gathered by VGTU researchers shows that our happiness depends much more on the time of day, seasonality, or work conditions.

After analyzing the cameras input, researchers concluded that passers-by are usually gloomy on Mondays, but feel upbeat on Fridays, Saturdays and holidays.

The measure of happiness also depends on weather conditions such as wind, sun, and outside temperature.

Of all the age groups the young and the elerdly have proved to be usually happy.

The biggest happiness figure is usually seen in September and the lowest in November. The yearly average, however, contradicts the stereotype of Lithuania being a grumpy nation, insists Kaklauskas.

Lithuanians happiest in the Baltics

Lithuanians are the happiest among the Baltic states, according to the 2019 World Happiness Report, an annual publication of  the UN Sustainable Development Solutions Network. The landmark survey of the state of global happiness asked respondents in 156 countries to rank their well-being from one to ten. In Lithuania, the average life happiness got six points out of ten.

The 2019 report found Finland to be the happiest country in the world, with Denmark, Norway, Iceland, and The Netherlands following suit.