Tandetron Accelerator Laboratory has finished construction in the Hungarian city 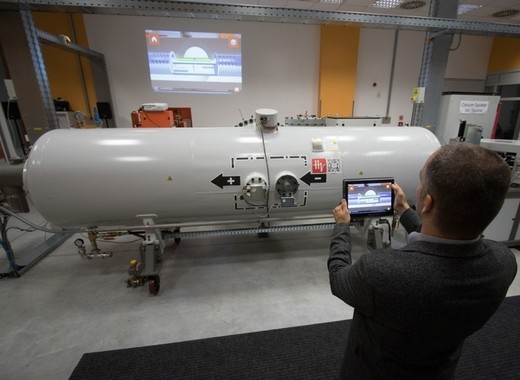 A major financial investment has considerably improved research opportunities in the Hungarian city of Debrecen. A total amount of HUF 941.25 million went into the full construction of the Tandetron Accelerator Laboratory at the Nuclear Research Institute of the Hungarian Academy of Sciences (Atomki). It can be used for several basic and complex applications such as physical, medical and archaeological research.

A Tandetron type two-phase particle accelerator was delivered in 2015 at the Institute. Thanks to the new financial support, the Tandetron Laboratory has now been fully developed with a world-class, wide-ranging methodology and toolbox available to turn the Institute into a centre of excellence.

For example, the device examines the parameters of core reactions that typically occur in stars, so that the models of the solar system could be refined. Ion beam micromachining can create material patterns that can be used to filter out circulating cancer cells from the blood. Tandetron can also be used for archaeological investigations, for example to determine the age and origin of the findings.

The development of Tandetron makes the equipment suitable for carrying out several research programs in parallel, with basic and applied research carried out simultaneously, and consequently more theoretical and practical results can be achieved at the same time.

The project closing event was held on 27 May in the presence of city representatives. Lajos Barcsa, Deputy Mayor, emphasized that Debrecen seeks regional leadership in all areas of life. In addition to urban-hosted institutions, state-run institutions are also following this development goal, he stated.

Education on which research activities are based also plays a very important role in the city. Debrecen is very proud that, for over six decades, Atomki has earned the city international renown. Barcsa believes that the development of a two-phase particle accelerator will attract international projects in Debrecen. The Deputy Mayor encouraged researchers to use the opportunities for mutually beneficial cooperation with economic actors with the cooperation of the city.

Find more on the project at Debrecen.hu (In Hungarian).