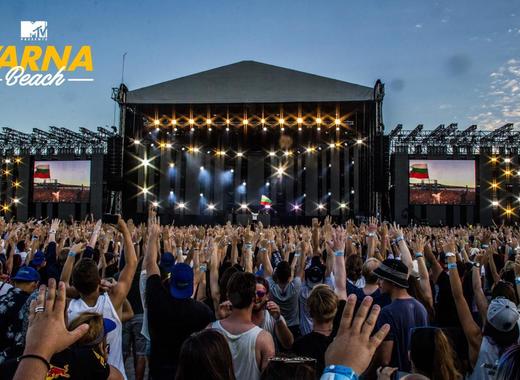 Are you ready for the hottest music festival of summer 2018 in Bulgaria? The global icon of music and media – MTV, is returning to Varna for the 2nd edition of the incredible MTV Presents Varna Beach Music Festival today, Sunday August 12th. Rita Ora, Years & Years, RedFoo plus lots more will be waiting for you on the stage in Varna.

MTV Presents Varna Beach is set right on warm sands of the beautiful south beach in Varna city. It is a thrilling mid-summer music festival that combines music, sun, and sea to create an amazing live-show with some of the planet`s biggest names in pop and dance music. MTV will present an unforgettable event, produced specifically for international broadcast on TV, on one of Europe`s largest festival stages, in one of best summer destinations – Varna.