Even though public events might be reallowed at the end of August, local authorities have decided to adopt a more cautious approach 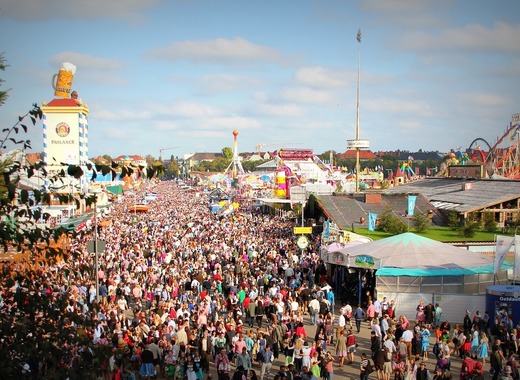 Some of the greatest victims of the lockdown and quarantine measures imposed by European countries have been long-anticipated and traditional events that were cancelled. Social distancing measures and stay at home orders enforced by local and national authorities, as well as bans on mass gatherings have led to their suspension and their renewals will be held sometime in the future.

One of the most prominent events that were cancelled is Munich’s traditional Oktoberfest – the world’s biggest beer celebration that brings around 6 million people each year to the German city. That very number could also serve as an explanation as to why the 2020 edition of the festival will not be held.

According to the latest guidelines adopted by German authorities, bans on mass gatherings of people are scheduled to last until 31 August – just a couple of weeks before the official opening of Oktoberfest 2020 – which was supposed to be held on 19 September.

Despite the date falling outside of the official guidelines and technically being allowed, regional and local authorities in Bavaria and Munich reached a joint decision for the festival’s cancellation.

The announcement made jointly by the mayor of Munich and the regional premiere of Bavaria is a clear signal that at least some politicians have heard the Chancellor’s plea and share her concerns.