In light of the coronavirus pandemic, the city is turning more and more of its streets into low or no vehicle traffic zones 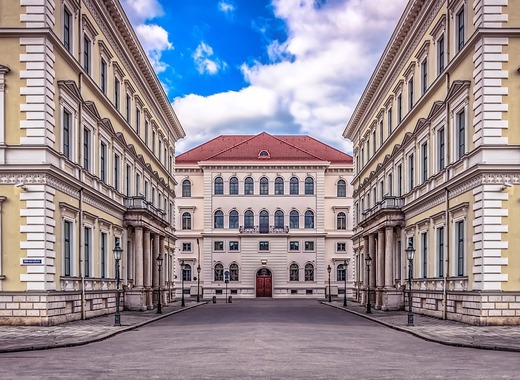 Earlier last week, the Bavarian capital of Munich unveiled its 14 Summer Streets. With the lowering of lockdown restrictions and with the continued mandating for social distancing, open-air entertainment and venues that offer it have risen in popularity.

Munich’s authorities were quick to seize the moment a couple of months ago as they started pedestrianizing many of its streets in order to allow for businesses to spread on the now-vacant areas, thus allowing them to host more customers. Now, they are further pushing on ahead with new and innovative solutions to modern urban problems.

The summer streets – perfect for children and for adults

The goal of the 14 Summer Streets is to create more space for pedestrians during the summer months – but their specifics vary. Some of them simply have stringent traffic conditions, with pedestrian priority and where cars are only allowed to drive at a walking pace. Others, however, are far more advanced in terms of blocking the access of vehicles.

The 4 so-called “play streets” entirely prohibit the entry of vehicles and are perfect for children to play in, to move around freely and to just have fun. City Building Councilor Professor Elisabeth Merk stated that "I am particularly pleased that we can make a total of four play streets possible. This is a great benefit for the children, especially during the summer holidays, but of course for the adults too."

The summer streets project was piloted last year but this time it has turned from a curiosity into a necessity due to the fact that many people have chosen – or don’t have much of an alternative to spend their summer holidays in the city. Thus, yesteryear’s pilot project has now turned into a massive initiative meant to not only provide ample space for pedestrians but to also make life in Munich more fun and healthy.