Starkbier is a bit of a local secret 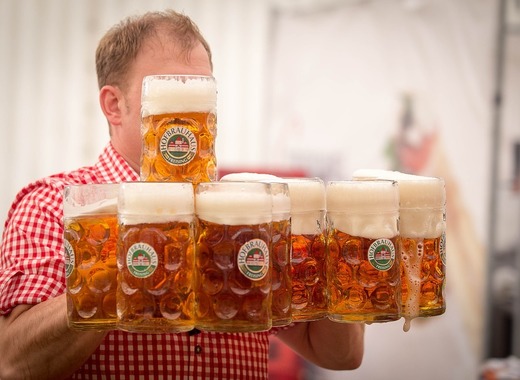 Just like the city itself, Munich’s Starkbier tradition started with a bunch of monks. They brewed a special beer called “Holy Father Beer” during the Lent because it had more calories. It was their way to survive 40 days of fasting with full belly and a good mood. Bavarian rulers also joined in the tapping of the first strong beer kegs in the Middle Ages. And the first public beer festival was established in 1751.

Munich’s Strong Beer Festival takes place from 2nd until 25th of March (the weeks between Ash Wednesday and Easter). This is the time when locals and visitors can taste some of Bavarian’s most potent brews from top breweries. This festival is less publicized than Oktoberfest, so locals and groups of smart travelers enjoy their beer among smaller crowds, and at lower prices.