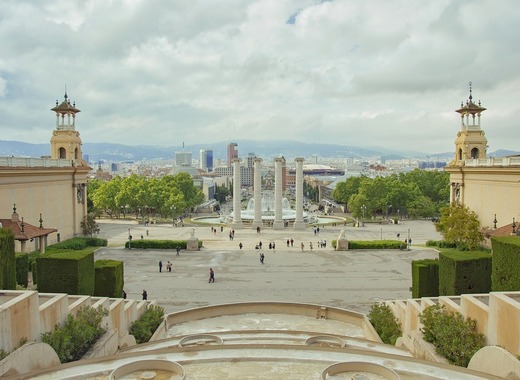 Barcelona has revealed plans to turn large parts of the city green. The municipality of Barcelona announced a significant urban greening program , which involves a doubling of the number of trees in the city, and an increase in the area covered by parks — some 100 football fields by 2019 (108 acres) and over 400 by 2030. The long-term goal of the program is to achieve ecological infrastructure producing benefits for people and constituting not only an environmental but also a social service to meet the challenges of the future.

The aim is to reduce the high temperatures that the city experiences during summer. Most of Barcelona’s cooling green space is situated in the hills to the west of the city, rather than in the streets below, which can result in a difference of seven degrees Celsius.  As part of the urban greening plan, the city is providing 50 bursaries of 1500 Euros to develop green roofs. The best ten green roof suggestions could receive as much as 100 000 Euros each.