The French city received distinction for its open and collaborative governance 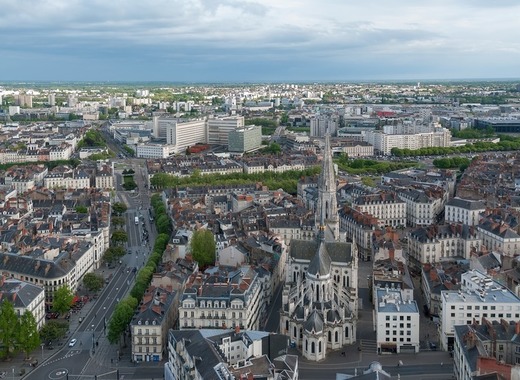 The Metropolis of Nantes received yet another prestigious distinction, namely the title of European Capital of Innovation 2019. Given by the European Commission, the award comes with a 1-million-euro monetary prize granted by the Horizon 2020 European programme for research and innovation.

The iCapital award is an annual cash prize given to the European cities that are best able to “harness innovation to improve the lives of its citizens.” This process has three main pillars, namely the contribution to open and dynamic innovation ecosystems, citizens’ involvement and finally – using innovation for improving resilience and sustainability.

The name of the winner was revealed by Commissioner Carlos Moedas, responsible for research, science and innovation during the European Research and Innovation Days in Brussels on Wednesday. He explained that Nantes is an excellent example for how cities can use democratic participation to address challenges such as energy, ageing, digital and social inclusion.

For her part, Johanna Rolland, Mayor of Nantes and President of Nantes Metropolis said that this European award recognised Nantes as a laboratory for citizen innovation, shared governance and life-sized experimentation with and for the citizen.

The selection of the laureate and the five other finalists was done by an independent jury of high-level experts from universities, businesses, the non-profit sector and the civic sector. Five runner-up cities received a prize of 10,000 euros. These are Anvers (Belgium), Bristol and Glasgow (United Kingdom), Espoo (Finland) and Rotterdam (the Netherlands).

In 2018 it was the Greek capital Athens that won the title. Nantes is the fifth city and the second non-capital (after Barcelona in 2014) to receive the iCapital award.