Nantes slows down from 31 August 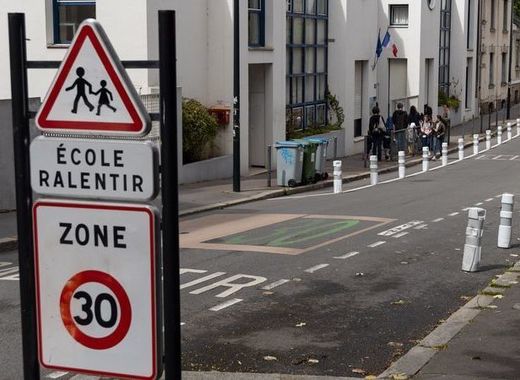 Nantes authorities announced that as of Monday 31 August, it will be possible to drive within the city at only 30 kilometres per hour. On that day, the city will be adding another 300 kilometres of streets to its 'calm zone'. By reducing the speed of motorized vehicles, the city wants to facilitate cycling and walking.

Traffic in the 6th largest city of France is set for a major transformation with regards to the new speed limitations, effective from Monday. After this day, as much as 600 kilometres, which account for almost 4/5 of the urban road network will belong to slow-speed areas. All residential streets will fall under this new rule.

There will be some zones where the previous limit of 50 kilometres per hour will remain. These are mostly important public transport arteries which conduct transit companies, such as Busway, Chronobus, airport shuttles and express lines. That means that excluded from the 'slower map' of Nantes will be Boulevard de la Vendée, Boulevard de Cardiff, Rue des Usines and Boulevard Martin-Luther-King. Accordingly, the sections where the limit had already been set at 30 kilometres per hour, will remain under the same limits.

The measure is a continuation of the plan initiated in May by Nantes Métropole related to pedestrianisation and cycling. According to the authorities, it has the objective to guarantee safety for pedestrians and cyclists while reducing noise pollution.

"The end of the lockdown was an opportunity to rethink the modes of travel, and to respect the rules of physical distancing and protective measures in public space, in particular by promoting the practice of walking and cycling," said Johanna Rolland, Mayor of Nantes and President of Nantes Métropole. She was re-elected to the mayor’s seat in July after committing to double the number of kilometres of pedestrian streets, 30 km/h zones and social areas.

As was the case for the temporary developments of the pedestrian-bicycle plan, the generalization of the new 30 km/h zones will be subject to citizen assessment, ensures Métropole de Nantes. Residents can submit an individual proposal until 15 October on the Citizen Dialogue website.