Naples to have new fleet of 40 electric trains 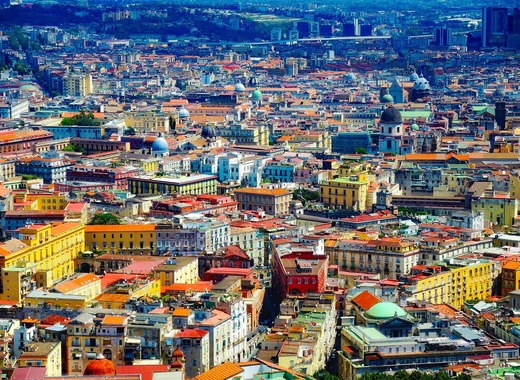 The European Investment Bank (EIB) announced that will support investment in a new fleet of 40 electric trains for the railway network serving Naples and the province of Naples. The aim of the financial operation is to help significantly relieve traffic congestion and considerably reduce pollution in the entire area. The complete investment amounts to around 220 million euros and will be used to replace 40 old trains.

The five-year investment plan of Ente Autonomo Volturno (EAV), the Campania Region's railway management authority, will be supported by the EIB with a 68 million euros loan. The loan is guaranteed by the European Fund for Strategic Investments (EFSI), as part of the Investment Plan for Europe, known as the Juncker Plan.

One of the most densely populated areas in Europe

The new trains will be deployed on the 6 lines of the railway network serving Naples and the province of Naples, which is one of the most densely populated areas in Europe. The final beneficiaries are 47 municipalities with around 2.5 million inhabitants and numerous tourists. The busiest line of the network is Naples-Sorrento which additionally serves many tourist destinations and cultural heritage sites such as Herculaneum and Pompeii.

Investing in new mobility programmes aimed to protect the environment is a priority for EAV. In this way the company will preserve the fragile and already congested transport network in the metropolitan area of Naples. Besides the huge numbers of commuters it carries, the network is impacted by the increase in traffic caused by the growing influx of tourists. Thanks to the project, the Italian company will enable the fleet to fulfil the latest requirements in terms of safety, energy and operational efficiency.