Narva doubles down on Capital of Culture bid 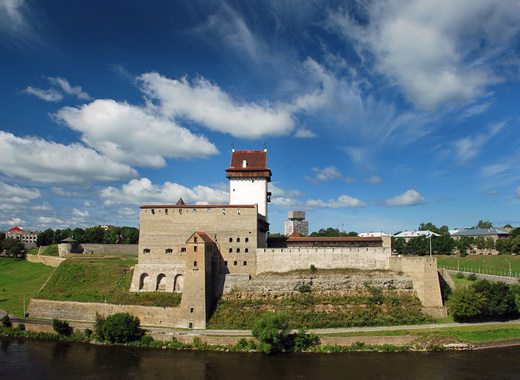 Narva – the town where Europe begins. It’s situated on a river, creating a natural border between Estonia and Russia and is the easternmost corner of the EU country. Precisely those are key aspects of the city’s identity are highlighted in its European Capital of Culture 2024 bid under the artistic concept “River – Border – Bridge”. The vision for the project aims to promote human connections and the cultural intertwining.

The team heading the operation is led by Narva city architect Ivan Sergejev, who is also joined by Estonian film director Ilmar Raag in the role of artistic director. The group that spearheaded Narva’s preliminary bid will also be included in future preparations, as its competencies in different fields proved invaluable, according to the city’s mayor Aleksei Jevgrafov.

The total budget allocated for the bid by the municipality is 140,000 euros. Narva is not going at it alone though – the town of Rakvere is its principle partner in the contest and other northeastern Estonian municipalities have also been contacted for cooperation.

Ivan Sergejev sees Narva as being on equal footing with Tartu in the running for European Capital of Culture 2024. The title will be held by three cities in total – one in Estonia, one in Austria and one in a member-state of the European Free Trade Association or an EU candidate-state.