Budapest, Edinburgh, Lahti, Lisbon and Lyon lead the way with innovative, eco-conscious initiatives for the future 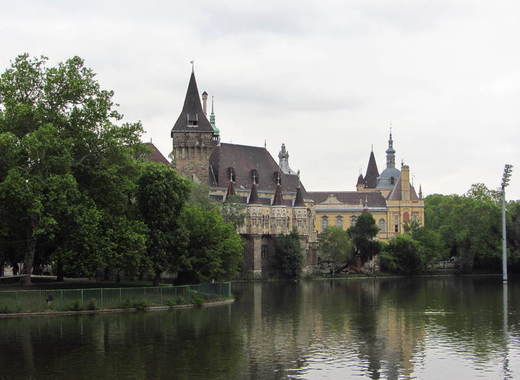 Source: Budapest City Park with the Castle of Vajdahunyad. Photo by Plamen Petrov

One good thing to come out of the coronavirus pandemic is that the pressure of human activity on the Earth’s ecosystems has been eased. Big city residents now breathe fresh air, dolphins play in the strikingly clean lagoons of Venice, wildlife penetrates many of the world’s deserted streets.

Will this idyll end once the emergency is over? Perhaps, as humanity has so often been quick to unlearn the lessons of history.

To remind us that environmentally conscious and sustainable development is our shared priority, National Geographic has come up with a selection of five European cities that are on the forefront of the battle with climate change. Budapest, Edinburgh, Lahti, Lisbon and Lyon, all lead the way with innovative, green-minded initiatives for the future, observes the magazine.

Proceeding with its selection of trend-setters, NG quotes a research by First Mile in 2019 which found Edinburgh to be the greenest city in the UK. The Scottish capital boasts 112 parks, an extensive network of cycle paths and more trees per capita than anywhere else in Britain.

Lahti, located 60 miles north-east of the capital, Helsinki, is set to become the first carbon-neutral city in Finland in 2025. With this goal in mind, the city has introduced an app-based traffic emissions scheme for residents, with participants pledging to live within a weekly target. NG also mentions Lahti’s zero-waste circular economy and its water conservation efforts.

Lisbon, recipient of the European Green Capital award for 2020, has halved its CO2 emissions between 2002 and 2014 and increased the proportion of electric vehicles in its municipal fleet to 40%, the magazine recalls.

Lyon, the uncontested gastronomic heart of France, has reaped many awards for its sustainability efforts.  In 2018, the city was recognized by the European Commission for its commitment to universal accessibility, and in 2019, it was named European Capital of Smart Tourism.

According to NG, one of Lyon’s greatest successes is the transformation of La Confluence. The former industrial district is now home to an acclaimed science and anthropology museum, the Musée des Confluences.