One of the hottest areas in Vienna during the summer, Neubaugasse is going to undergo transformation under the “Cool Mile” project 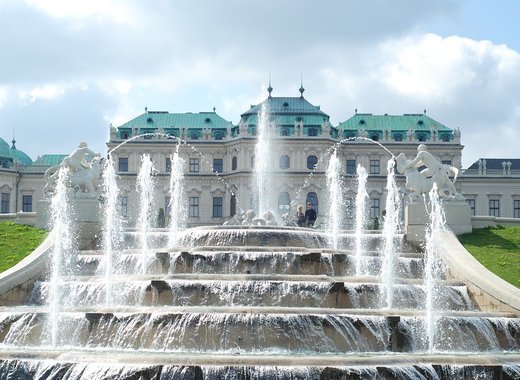 Summer was hell in Vienna – literally. It is perhaps easy to forget the summer heatwave during winter, but local authorities in the Austrian capital are already preparing for next year – expecting that it might get worse.

Vienna’s local government has been embarking on tons of initiatives, deploying smart solutions and innovative ideas all in order to combat the rising temperatures in the city. The latest such project is Neubaugasse’s “Cool Mile” transformation.

The “Cool Mile” in essence

Neubaugasse was one of the city’s hottest areas during the summer. In an attempt to alleviate the adverse effects of climate change in the area, Vienna’s local authorities are deploying the “Cool Mile” project which will transform the street entirely.

Among the changes are the planting of 30 trees, the installation of 6 drinking fountains, 7 trellises with plants, 36 fog steles and 100 seats. The street will also be cycling-friendly, allowing for bike traffic in both directions and housing 69 parking spaces for bicycles. The already existing greenery on the street will, of course, also be preserved.

When commenting on the “Cool Mile” project, Vienna deputy mayor for the environment Birgit Hebein stated that “My approach to new designs is that people should be better afterwards. I am convinced that this will be the case here. Neubaugasse is located in one of the hottest areas of Vienna. With the redesign we cool them down and adapt them to the inevitable temperature increase - with trees, spray mist and benches to linger and chat.”

Construction works are expected to start on 7 January. The local government believes that the timetable gives the city plenty of time to prepare for the incoming summer heat and is hopeful that stark rises in temperatures will not catch them unawares.