New anti-rat bins are being installed in Paris 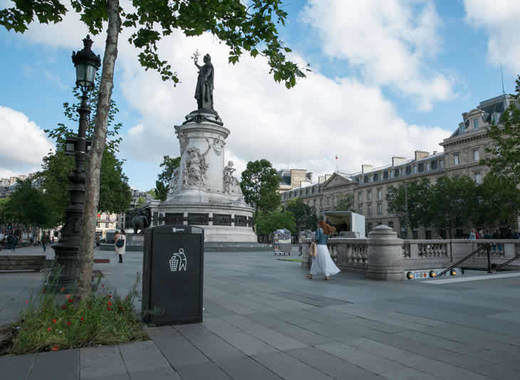 Despite its world-renowned image as a capital of romance, Paris too suffers from quite mundane problems, similarly to many modern metropolises. The rat infestation has become nothing less than ordinary; hence the city came up with an action plan of scale in 2017 aiming to eradicate their population. Around 1.5 million euro are invested in order to achieve this objective.

One of its steps previews the limitation of accessibility to food waste by increasing or adapting the number of recycle bins. Their bags thus should gradually be replaced by models that could be closed. What is more, it is previewed that the city will replace 10% out of the available 30.000 public bins with models that are not accessible to rats. The first ones were tested in the autumn before Notre-Dame cathedral. Several smart containers that are able to compact the waste and intake up to 4 or 6 times more than average, are also being installed. Such bins can already be seen in other capitals such as Brussels and Dublin.

“This year, 300 new anti-rat bins are being deployed in the streets of Paris, announced the Mayor of Paris Anne Hidalgo in March.” They are also provided with ashtrays for the smokers to dispose of their cigarette butts.

The presence of rats however has its upsides, namely the reduction of a large part of the waste that circulates in the sanitation networks underground.