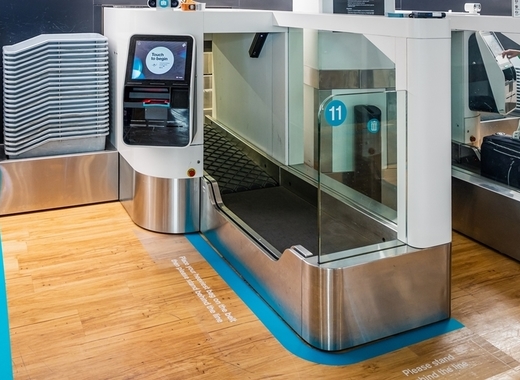 Self-service baggage drop-off stations integrated into a new baggage management system alongside a novel baggage screening system will become reality in 2022 at Vilnius Airport. This will be made possible thanks to two public procurements, announced by Lithuanian Airports. The operator is looking for contractors to install the systems, hoping in the long run to increase the baggage throughput rate nearly threefold - from 900 to 2400 units per hour.

The new equipment is earmarked for the future departure terminal of Vilnius Airport which is planned to become operational at the end of 2022. Current baggage management equipment is reaching the end of its life cycle so using it in the new terminal is considered unwise by the airport authorities.

“During the last five years the number of passengers has grown by nearly 50 percent at Vilnius Airport alone. We expect to maintain a consistent annual growth in the future, therefore adequate baggage management is gaining importance and the renewed baggage systems will help increase airport capacity, serve increased passenger flows conveniently and expeditiously, as well as have the equipment, which is compliant with all international standards at the new departure terminal”, said Head of Vilnius Airport Dainius Čiuplys.

The new baggage management system will be certified by European institutions and will meet the international ECAC Standard 3. It will consist of a belt conveyor system and a four-level checked-in baggage screening system featuring last-generation X-ray scanners with an advanced explosives detection system (EDS).

Self-service baggage drop-off stations will also be installed at the departure terminal of Vilnius Airport, and integrated in the baggage management system.

The Lithuanian network of airports operates three airports in Vilnius, Kaunas and Palanga. During 2018, they serviced 6.3 million passengers and 61 thousand flights. During the winter season, 15 airline companies conduct flights in 78 regular destinations to 55 cities in 26 countries.