A contract for the project was signed by the mayor of Dubrovnik, Mato Frankovic, and Croatian Telecom 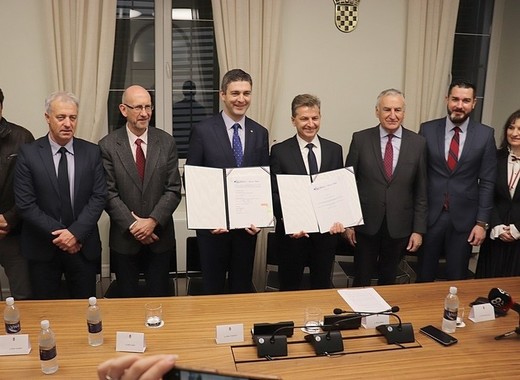 Next generation broadband infrastructure will allow citizens of Dubrovnik to browse significantly faster by the end of 2023. The region around Dubrovnik will also benefit from the project with ultra-fast Internet reaching the municipalities of Konvale, Župa Dubrovačka and Dubrovnik Primorje as well. It is calculated that 11 000 households and 1 200 companies and institutions will have access to the new infrastructure.

Digital transformation of Dubrovnik supported by the EU

It was with the administrative support of the Dubrovnik-Neretva County that the preconditions for realization were fulfilled and after 4 years of preparations, everything is now in place for the start of the 93 million kuna project. 57 million kuna of the total value will be financed by Croatian Telecom. It will be responsible for building and managing the infrastructure.  The company has already implemented similar projects in the Dubrovnik area. Among other services, it currently provides broadband Internet to around 740 000 Croatians.

The remaining amount of the project's value, 36 million kuna, will be provided by the European Regional Development Fund. It is expected that a contract with the Fund will be signed by the end of the summer. Once this is done, the building of the next generation infrastructure will begin. The ultra-fast Internet connection will be operational by December 2023.

Upon signing the contract for the project, the mayor of Dubrovnik, Mato Frankovic, stated that the city won funding from the European Regional Development Fund in competition with 71 other projects. Frankovic believes this is an important step towards the digital transformation of the region.

As the project begins, local authorities show ambition to provide the whole Dubrovnik-Neretva County with broadband Internet in the near future. Administrative planning to broaden the infrastructure to the island of Korčula and then to the valley of Neretva river has already been agreed upon. The project applications for these two areas are ready and authorities are confident that they will draw the interest of investors.