It costs 1.8 billion euros and has design speed of 200km/h 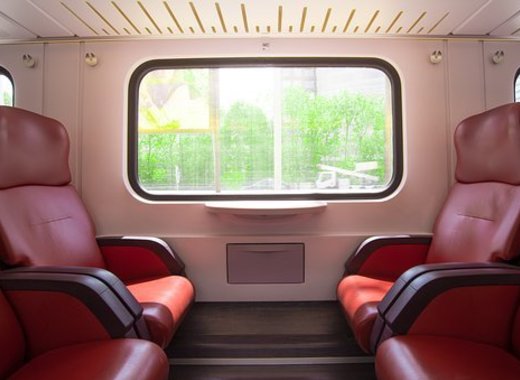 The new electrified railway line from Athens to Thessaloniki is already completed and works. In the end of January, the rail project was accomplished under the auspices of the ERGOSE company, a part of TRAINOSE, Greece’s only railway concern. A key milestone was a two-decades long project.

The stretch of railway between Lianokladi and Domokos, an especially difficult section of the line due to its mountain terrain, is completely electrified too. The 31km section includes: ten bridges and new 7km twin-bore Othryos tunnel, which ends at the Xyniadas plain. The electrified line is part of a new 106km double-track alignment between Tithorea and Domokos, replacing the 122km single-track. The 1.8 billion euros line has a design speed of 200km/h and includes new stations at Molos and Agios Stefanos.

The company has completed a very important project for the construction of a new railway line on the Greek main “Piraeus-Athens-Thessaloniki” rail axis. This is a vital upgrade, which provides the country with a modern and fully inter-operable double-electrified railway line. TRAINOSE now is owned by the Italian company “Ferrovoe dello Stato Italiano”.