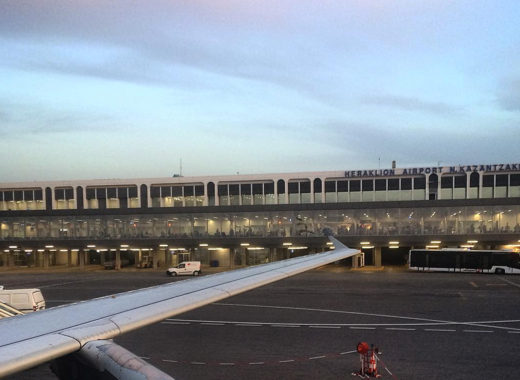 The European Investment Bank (EIB) has announced that it will provide a 180 million euro loan for the support of the construction of the New Heraklion International Airport on the Greek island of Crete.

The airport that is currently being used has been unable to meet the needs of the constantly growing flow of tourists – during the summer months, it is constantly congested and has proven incapable of servicing additional passengers.

The airport is the 2nd busiest in Greece with arrival numbers skyrocketing since 2012 – currently, 8.1 million people land on the island of Crete each year – a number that far exceeds the capacity of the current infrastructure that was built with far smaller numbers in mind.

That is why the construction of the New Heraklion International Airport is crucial not only to the island’s tourism industry but to Greece’s economy as a whole. The new venue will allow for increased passenger handling capacity and improve the conditions for travellers, while simultaneously also improving the connectivity of the entire island.

Greek authorities are extremely pleased with the country’s cooperation with the EIB and the prospects it brings. As stated by Greek Finance Minister Christos Staikouras “Today marks a key milestone in the history of aviation in Greece that will unlock the full tourism potential of the beautiful island of Crete. I welcome the support of the European Investment Bank for the new Heraklion Airport that will create thousands of jobs during construction and when operational and ensure a warm welcome for millions of visitors to Greece in the years to come.”

The project is expected to take 5 years to complete and will cost a total of 517 million euros. After construction of the New Heraklion International Airport is complete, the old one will be closed down for good.