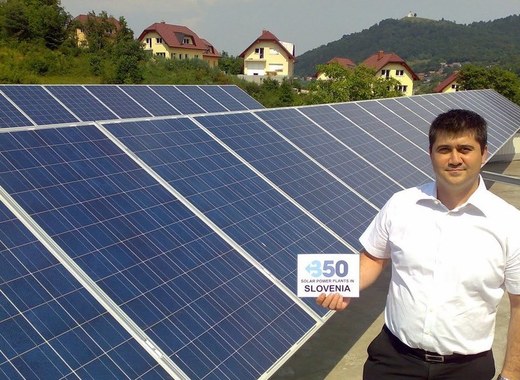 As environmental protection becomes more and more important for the European Union, it inserts the issue into almost every piece of policy and legislation that is currently being developed - including of course energy generation and renewables.

The energy sector is one of the most polluting ones since it depends to a great extent on coal and other fossil fuels. It is also at risk of crashing once all these fuels are exhausted. Some countries rely on nuclear energy but, this being regarded as dangerous, makes many countries develop alternative phase-out plans.

According to the Slovenian Statistical Institute, 42% of the energy mix is provided by nuclear energy, 32% - by renewable energy sources and 25% - by coal.

In 2018 the Government of Slovenia adopted a plan for Energy Concept that will set forth the country`s energy goals. These include reduction of GHG emissions, a transition to a low-carbon economy based on nuclear energy, restriction of fossil fuel use and increasing energy efficiency through renewable energy and low carbon sources.

A new loan from EIB

Slovenia signed its first loan agreement for energy efficiency and electricity distribution in 2015. The loan was granted by the European Investment Bank and was at the amount of 20 million euro. For the next few years, the government procured further loans, totalling 145 million euro. This initial period saw projects in the field - such as extension and refurbishment of the existing network as well as the installation of metering infrastructure of new generation.

The environmental aspects of this first project were not very pronounced due to the activities it included.

A second agreement was signed in the end of 2019 for a total amount of 153 million euro. The main objectives of the project are to reinforce networks, refurbish low, medium and high voltage networks, connect, and integrate renewable energy sources and networks into the overall energy network of Slovenia and climate-proofing for part of this network.

The implementation of all periods of the electricity distribution initiative is in accordance with EU environmental requirements and are not expected to impact the environment in any major way.