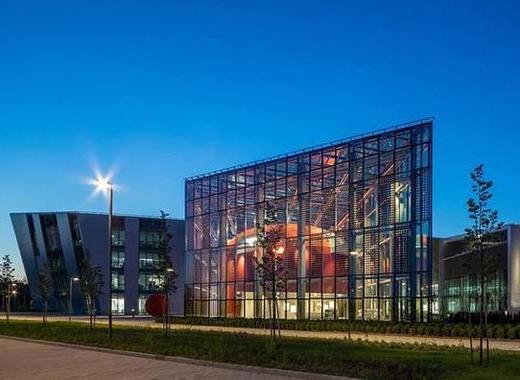 The Extreme Light Infrastructure Attosecond Light Pulse Source (ELI-ALPS) laser research centre in Szeged is arguably the most significant R&D project in Hungary nowadays. It is funded partly by the European Union and falls well within its plan to build research facilities of new generation.  The ELI Infrastructure is known as the first in the world capable of investigating how light and matter interact with high intensity in the ultra-relativistic range.

The project is being realized since 2009 and in 2019 it is expected to reach full capacity. After the 3-year preparatory phase since the commitment of Hungarian government to the realisation of the project, the actual work of the research institute started in 2013 when Hungarian researchers, physicist and experts gathered to discuss the planning of the laser centre during a symposium of the Hungarian Academy of Sciences. One year later – in January 2014 the founding stone was already laid.

The laser centre is expected to cover a total area of 24,500 m2. It receives 110 million euro EU funding and is expected to create more than 400 jobs. ELI is a product of a trans-European cooperation between ELI-HU Nonprofit Ltd as primary recipient and another 14 partners.