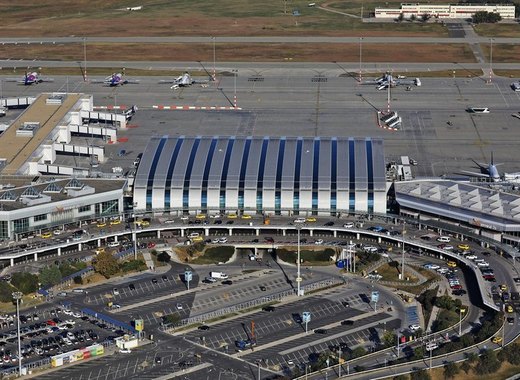 Passengers on low-budget flights from Budapest used to grumble about long and devious walks to their boarding gates where they had to wait for their plane in an area with scarce seats and without toilets, heating and cooling. No more. Following a test run, a brand-new passenger terminal serving low-cost airline flyers at Budapest Ferenc Liszt International Airport will become fully operational on January 17.

The quality of service provided to low-cost passengers has so far "violated human dignity”, Gergely Gulyás, the head of the Prime Minister's Office, stressed during the handover ceremony, quoted by MTI. Budapest has become an important aviation hub in Europe and deserves more, said the Minister.

Early last year the government informed Budapest Airport Ltd. that as of January 1, 2020 the use of the low-cost “container terminal” would be banned by decree, unless the private operator takes urgent steps to remedy the problem. The ultimatum was heeded.

Built in half a year on the site of the previously planned 2C terminal, the one-storey building with heating and cooling boasts a seating and waiting area with food and beverage shopping facilities, three large-capacity bathrooms and a smoking terrace. Moreover, passengers will not have to walk 15 minutes to their aircraft, as airport buses will transport them.

Parallel with the operation of the new low-cost terminal, the demolition of the old building will begin immediately to allow further expansion of the facility. The area will be expanded to 11,500 square meters and two additional pedestrian and six bus gates will be built next to the existing 6 gates. The total cost of the investment is HUF 8.3 billion and it is covered exclusively by Budapest Airport.

Balázs Fürjes, State secretary responsible for the development of Budapest, said, quoted by MTI, that the new building should have been under construction for eight years. The plan was hampered by the airport’s privatization process which Balázs Fürjes described as one of the most irrelevant privatization steps of the last thirty years in Hungary. He conceded that the airport operator had made a $35 billion profit in the last two years, but reiterated that the figure could have been much higher if the state had retained control over the airport.

A consortium around AviAlliance acquired a 75 per cent stake of the airport in 2007 and in 2011 bought the remaining shares from the Hungarian state.

For the first time in its history, more than 16 million passengers used Ferenc Liszt International Airport in 2019, the operator proudly announced on its page. Budapest Airport welcomed 33 new flights in the course of the year and handled 135 000 tons of cargo. The number of landings and takeoffs exceeded 122 000.