The Cyprus Airways flights will run three times a week, while Aegean will complete the journey twice per week 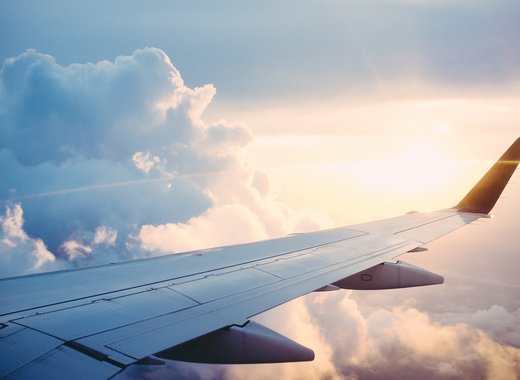 On 21 December, both Cyprus Airways and the Greek carrier Aegean established new flight routes between Paphos and Athens. The Cyprus Airways flights will run three times a week, while the Aegean's will make the journey twice a week from Paphos to Athens and onwards.

Some weeks ago, Cyprus Airways announced ticket sales for summer 2020 from Larnaca and Paphos to different destinations in Greece, Europe and the Middle East. The Cypriot carrier informed that it will be offering new flights to both the mainland and the islands of Greece, including, Athens, Thessaloniki, Rhodes, Heraklion, Corfu, Santorini, Skiathos and Preveza.

A cosmopolitan Cypriot resort full of historic sights as well as sporting activities, Paphos awaits you at any time of the year. If you are a sunseeker, an explorer or are just on the lookout for a relaxing holiday with stunning scenery, there are so many reasons to be excited to visit this beautiful part of Cyprus.

Paphos is located on the southwest coast of the Mediterranean island. Inhabited since Neolithic times, it boasts several sites relating to the cult of goddess Aphrodite, whose mythical birthplace was at Old Paphos. New Paphos is a modern city that within its sprawl incorporates the harbour, the ancient ruins of fortresses, theatres and villas at Paphos Archaeological Park.

A trip to Athens is a journey back in time in and of itself. That does not mean, however, that the city doesn't boast a modern outlook and features, as it has undergone considerable modernisation over the past few years. A must visit in Athens is the magnificent Acropolis, as well as other parts of ancient Greece.

A large chunk of the historic centre of Athens is converted into a 3-kilometre  long pedestrian zone, the largest of its kind in Europe,  and leads to the major city's main archaeological sites. Of course, the tour of enchanting Athens does not come to a close by simply visiting the remnants of the past. Instead, consider venturing onto Syntagma and Omonia - the main must-visit central squares of the Greek capital.