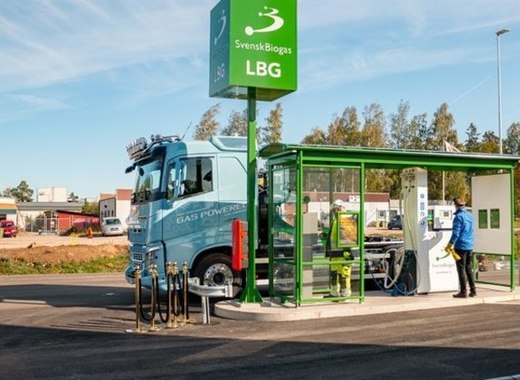 Sweden is one of the leaders in the production of biofuels - and through them, the country is achieving its goals for the share of renewable energy in its energy mix. This means that a steady reduction in the emissions of greenhouse gases and especially carbon dioxide from the energy industry will soon be felt.

However, what is the situation in other areas such as transport?

According to Eurostat, transport is the largest air pollutant with fine particulate matter. That means that the replacement of conventional fuels with biofuels should be one of the main priorities for any government.

Sweden is one of the countries boasting a longstanding policy on biofuels. Currently, around 19 TWh of biofuels are used in Sweden for transport, which is a relatively small percentage compared to the 40 TWh that are required in order to reach the emission reduction targets that the country has set for itself.

In addition to regulations on the purchase of cars that use biofuels, opening more refuelling stations is also an important goal.

The City of Linköping's biogas station

The city of Linköping opened its first liquid biogas station at the beginning of February 2020. The liquid biogas that will be available is 100% renewable, which contributes greatly to environmental protection and the achievement of resource efficiency targets.

The station offers liquid biogas refuelling not only to cars but also to trucks that have so far driven only methane. This will greatly reduce the harmful emissions emitted by these vehicles while transporting goods across Sweden.

Linköping's biogas station is not the only one of its kind. Another one was built and inaugurated back in 2019 in Mjölby. Naturally, they will not remain alone, since the aim is to create additional ones, at certain distances, so that biogas trucks and vehicles can travel farther, carrying their goods and passengers. This will also make it possible to include buses in the fleet of liquid biogas powered vehicles.

The total investment is SEK 20 million, with 45% of them coming from Klimatklivet.