New terminal at Ljubljana Airport to be constructed

The terminal would enter service before the summer season of 2021, just before Slovenia assumes the rotating presidency of the EU 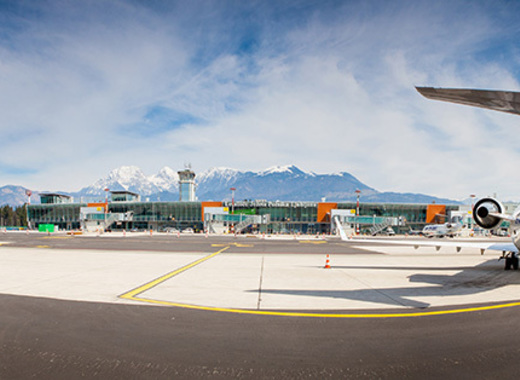 The terminal has been in the making for well over a decade but the plan had been derailed by the economic and financial crisis, but finally the project for the enlargement of Ljubljana Jože Pučnik Airport was relaunched. The new facility, valued at 16 million Euros, will be opened to the public in time for the Slovenian presidency of the EU, just before the summer season 2021 summer season, which begins on March 29 that year.

The construction of the new structure will allow for the airport to handle more passengers per hour, featuring a total of 22 check-in desks, five security lanes, a large duty free shop, commercial space, as well as a new premium lounge. The building will stretch over an area of 8700 square meters. A new 2000 square meters baggage sorting facility will also be built. Additional retail and restaurant facilities are planned as well. The new terminal would be connected to the existing terminal.