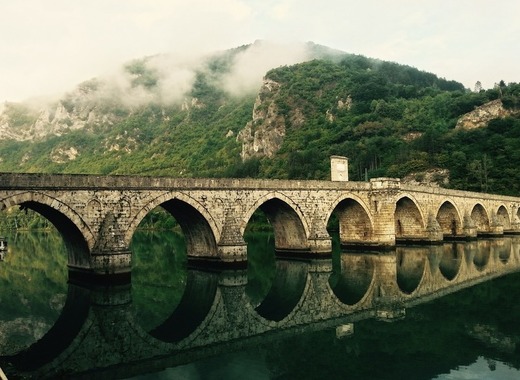 A 143-meter-long bridge will soon connect the Slovakian town of Kopčany with the Czech Mikulčice. It’s been a long and hard road for the two municipalities. The initial plan for the project was first conceived 12 years ago, according to the mayor of Kopčany, Dušan Dubecký - "It was an idea by me and the mayor of Mikulčice. It is a dream come true for me after 12 and a half years".

The bridge consists of two parts – one for pedestrians and one for cyclists. The total cost of the project is valued at 3.8 million euro – partly financed by the local governments, regional governments and of course – EU funds. The role of the bridge is to not only connect the two regions, shortening the route by around 17 km for pedestrians, but to also create a real link between their cultural heritage. A quick trip across the river and you’ll be amidst archeological sites and other monuments.

Obviously, the construction process was not without its issues. According to the mayor of the Czech city of Mikulčice, Zdenko Čambal, the bridge had to be moved 5 times in total – once its was because of the local storks, another time because of the local frogs or other local flora and fauna.