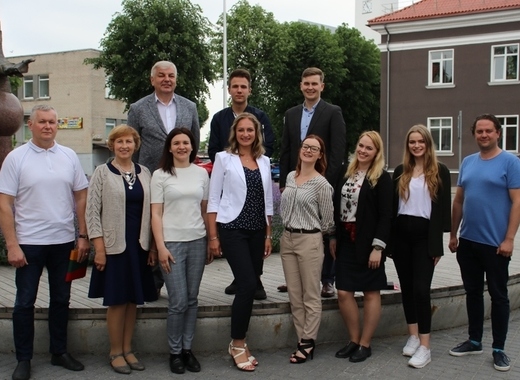 The new Klaipeda District Municipality Youth Council has only recently been sworn in but is already making great strides in helping not only locals, but citizens of nearby countries as well. Members of the Youth Council are elected with a mandate of four years – the same as the regular Municipal Council of Klaipeda and is composed of a total of 12 members. 6 of them are representatives are the city’s youth, and 6 are representatives of the local government. The representatives of Klaipeda’s youngsters were selected by the Assembly of the Round Table of the Union of Klaipeda District Youth Organisations.

During the first meeting, following the swearing-in of the representatives, the Youth Council took steps to adequately prepare Klaipeda for 14th iteration of the “Together We Can Be More” Youth Summer Academy which brings together youth representatives from different municipalities. The event will take place between 5 and 7 June and it’s the second time that organisation has been left to Klaipeda district.

Another important decision taken by the Youth Council was for the assistance of young people and children living in war-torn areas of Ukraine. The plan is for 20 Ukrainians to be invited to a summer camp in the region where they will be able to enjoy themselves and forget about the horror of war – at least for a while. Several Klaipeda businesses and institutions have already responded positively to the idea and the Youth Council is going to be asking the mayor to allocate funding to cover the traveling costs of the 20 Ukrainian youngsters.