Next destination: the smallest museum in the world 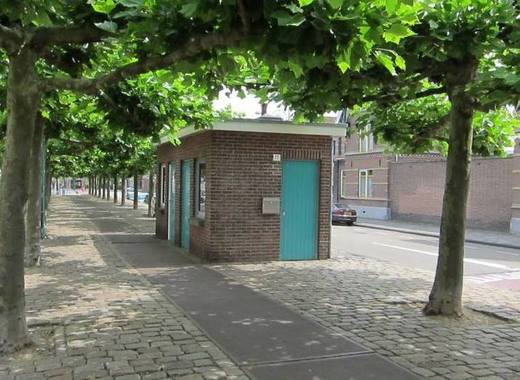 Have you ever been to the smallest museum in the world? If you happen to have a trip to Amsterdam these days, do not fail to visit Perron Oost Museum. It certainly is a great opportunity to discover more about the history of the Eastern Docklands.

Furthermore, in harmony with the surrounding neighbourhood where people from all parts of the world used to gather in the past, this fall the museum hosts a thematic exhibition. Until December you can see the Van Heinde and Ver exhibition on migration and identity.

A cross-culture meeting point in Amsterdam

Anet Wilgenhof, Creative Director and one of the curators of the exhibition described the monument is a reminder of the multifaceted history of the area. Two tracks come together on the platform: the track of the neighbourhood and the trail of the world, she said.

Wilgenhof also explained that more than 150 years ago the Oostelijk Havengebied was a place of cattle traders, where products from the east were imported and shipping companies with scheduled services overseas operated. Much later, the area became an important point of arrival and departure for refugees and migrants from all parts of the world, some of which came voluntarily while others have been forced.

This exhibition thus tells the stories of people who ended up in Amsterdam. The Historical Image Archive for Migrants (HBM) has provided images for the exhibition. Wilgenhof explained that this is an archive containing photos from private collections of people who came to the Netherlands in the last century.

Those are special stories of courageous people who embarked on an adventure towards a new future in a foreign country. The authors draw ideas and inspiration from stories of residents in the East and the encounter between artists, visitors and local residents is particularly important for them.

Museum Perron Oost is located in the Eastern Docklands of Amsterdam, an area almost 150 years old.  And although the site has been a museum since 2013, a lot of people are still surprised to hear that the 6 square meters building is open to visitors.