Nicosia on the road towards accessibility 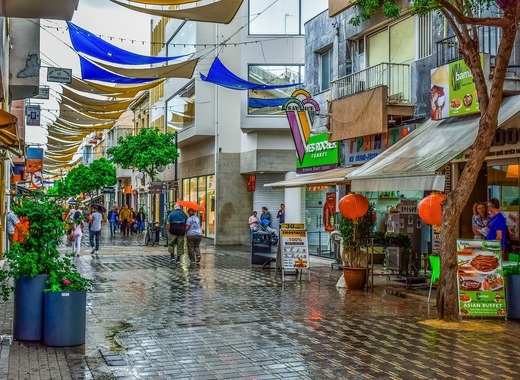 Accessibility has always been an incredibly important issue, but it rose to the top of many agendas just over the past decade. The fact that certain parts of a city are simply inaccessible to groups of people has become unacceptable- That is why local governments across Europe are doing their best in transforming their urban areas into ones that can easily be traversed by everyone – including persons with disabilities.

Nicosia on the right track

According to Nicosia’s mayor Constantinos Yiorkadjis, he has dreamed of transforming the Cypriot capital into a wheelchair-friendly city ever since he and a group of his friends attempted to tour the city centre with a wheelchair in 2012. Now, his dream is finally becoming a reality, with the completion of Phase A of a large-scale renovation project.

Said project, encompassing the so-called “Nicosia Triangle” commercial area, spearheaded by the municipality aimed to transform the region into one that can easily be navigated by every single citizen. It is the culmination of the city administration’s long-standing efforts of transforming the city into one that can easily accommodate everyone, regardless of their difficulties in terms of mobility.

The second phase of the project is also already in the works. Once done, completed renovation works would also include Makarios Avenue, thereby substantially boosting and improving Nicosia’s accessibility pitch.

Local authorities are eager to point out that many of the accessibility-related projects completed by the municipality have been enacted thanks to the use of EU funds, which have essentially guaranteed that many locals will be able to freely explore the streets of Nicosia, without difficulty.