Nine Greek islands to be powered by hybrid energy

The islands are currently cut off from the national energy grid 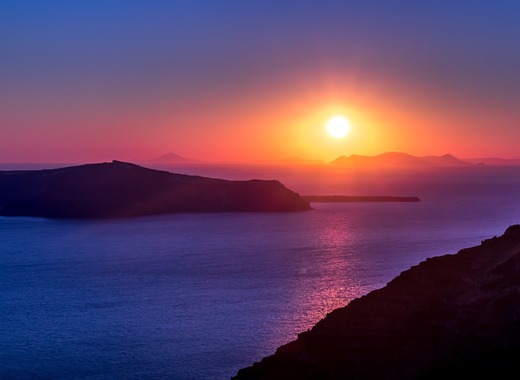 The Greek Regulatory Authority for Energy (RAE) announced that it had approved the first licenses that allow for the creation and storage of hybrid energy. This, in turn, gives companies the opportunity to finally vie for a spot in this competitive market and thus improve the lives of Greek citizens across the country.

The first project that will deliver hybrid energy to locals is the one developed by the German company Accusol, a partner of Siemens. It is especially important as it will provide sustainable and clean energy to nine Greek islands that have up until now been completely cut off from the national energy grid.

Hybrid energy is one of the important pillars not only of Europe’s energy transition but of the entire world. The technology used for the development of a hybrid energy system allows for the storage of energy generated through a myriad of means – including solar, wind and hydropower plants.

Furthermore, it allows for smart management of energy output. The system’s software allows for it to regulate and manage the production based on current demand, thus saving and preserving resources and further reinforcing its environmentally friendly credentials.

Similar hybrid systems are often used in very specific areas – ones that are cut off from the mainland or are simply out of place in geographical terms. In such cases, establishing connections to a country’s main energy grid would make very little sense and would be to the detriment of locals living there.

Accusol, the company that will be responsible for the new project, already brandishes a few success stories of their systems in Greece and its islands. Namely, it has established hybrid energy systems on the island of Karpathos where it has proven to be of great benefit to locals.