Nitra awarded for its efforts in communication 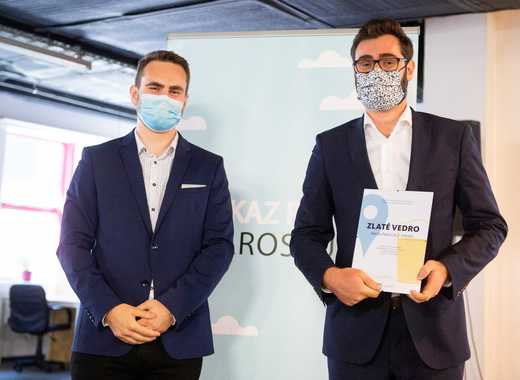 The municipal administration of the Slovak city of Nitra has been making strides in improving its communication strategy and the way it conducts a dialogue with its citizens. Their efforts were awarded earlier this week with the prestigious Golden Bucket award (Zlaté vedro) that aims to recognize those cities that are the best at answering their citizens’ concerns and listening to their feedback.

Aiming for the top

In the past, Nitra had never managed to even break into the competition’s top ten. That is what makes this year’s achievement particularly special, with the city climbing all the way up to the 2nd spot in the 2019 rankings for the resolution of complaints.

"I am just excited about this achievement. I see the second place as a huge encouragement and at the same time a commitment to continue the established trend. The award we received mainly testifies to the fact that we also change Nitra for the better by communicating with the citizens and that we care about all the stimuli that our citizens address to us, " said Mayor Marek Hattas.

Over the course of 2019, the local administration received a total of 828 complaints – compared to the 171 registered in 2018, this is a large upsurge. More than half of the issues brought up by citizens have already been resolved by authorities – numbering some 446, while the others are currently pending.

Citizens showed the most interested and had the most suggestions or complaints in the fields of roads and sidewalks (261 registered signals), greenery and the local environments (168 signals) and traffic signs (128).

By promoting the use of online communication channels, local authorities in Nitra have achieved the coveted results – fruitful dialogue and cooperation between themselves and their constituents that lead to concrete and tangible results that improve people’s lives.