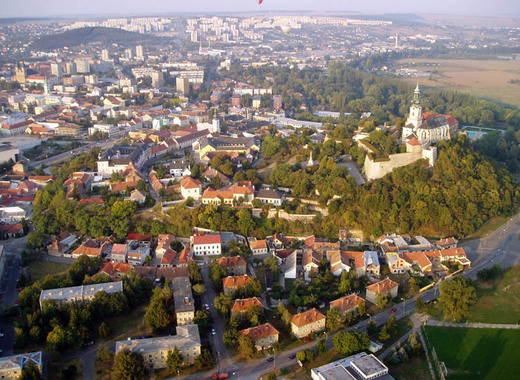 Source: Nitra View from Above by Wizzard (CC BY-SA 3.0)

Back in 2019, the Nitra City Council commissioned Transparency International to conduct a detailed analysis and audit of several of its projects and policies. Local authorities decided to embark on the venture after their own analysis of the city’s policies with some of them begging to be looked at.

The audit was conducted during the autumn of 2019 and was performed by a team of experts from Transparency International – seven of them in total. Together, they evaluated eight separate areas. After they were done assessing the situation in the Slovak city, they presented the local administration with a list of hundreds of proposals, suggestions and recommendations.

“I am very glad that we did not hesitate, had the courage to have this very critical report prepared. In many areas, we have moved forward in the past year and corrected the mistakes of former executives. In some areas, however, we are still croaking. Be as it may, this audit will make the change better and faster. It talks about things that we can improve in a few weeks and months, but there are also comments that will take longer to incorporate,” stated the Mayor of Nitra Marek Hattas, according to a municipal press release.

According to the report, for the most part, Nitra does not suffer from many problems – it qualifies as average in most of the areas examined by Transparency International. There are two areas, however, where the municipality has a lot of work to do – namely its personnel policy and the administration of urban companies. Meanwhile, the city performed the best in the field of media policy.

The report served the main purpose of helping Nitra’s administration figure out what problems they had inherited from the previous government. For the most part, the assessment revealed that the problem areas have remained the same and no new ones have recently emerged.