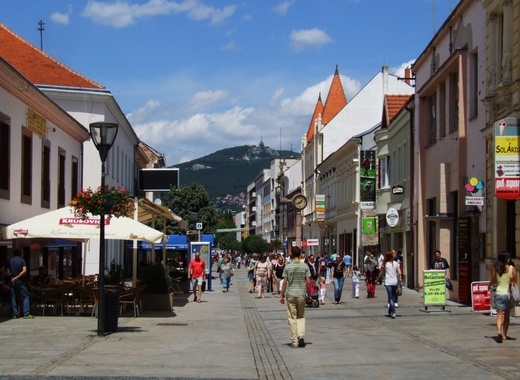 As it prepares for a tough fight in its battle for the title of European Capital of Culture 2026, Nitra is looking for input from its citizens. Local authorities want to involve residents in the process of making the city shine and secure the nomination by turbocharging its preparation effort through the incorporation of citizen ideas in the final product.

Authorities and citizens working together for a better city

Nitra has issued an appeal to all its citizens. Whether they just want to help the city secure the title of if they have had something planned but never got around to doing it, or if they have simply lacked the funding up until now – Nitra wants to hear it.

Thus, the city’s government has issued a call for so-called NITRO projects - an accelerator of ideas for creative initiatives looking for partners. It is intended for individuals and organizations interested in participating in the launch of long-term projects for the development of culture in the city of Nitra and thus attract the attention of the European cultural community.

Those interested can submit either new pitches or suggestions for already existing projects. As explained by Marián Tesák, project manager of the Nitra ECOC, who is in charge of the program and concept of the application, "It can be practically any project connected with cultural or community life. We emphasize that it does not have to be a new project, but also something that has already started. The program of successful cities within the European Capital of Culture is based on projects that reflect local themes and are also relevant in the European context, so we want to involve as many local initiatives as possible in the preparation process."

If you’re a citizen of Nitra and want to see one of your ideas implemented in the city, don’t forget to fill out the necessary form by 15 December.