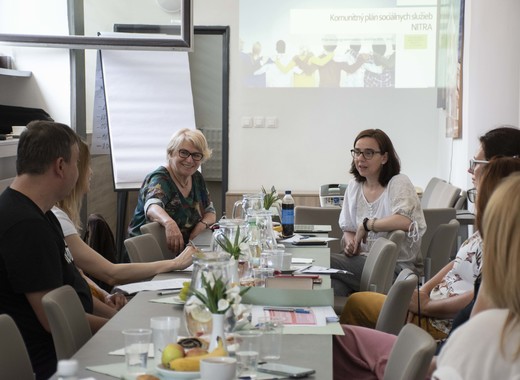 Over the last few months, during the worst periods of the coronavirus pandemic, we have seen cities take on an increased role in social affairs in order to protect the lives and health of their citizens. Now, with the threat receding, local governments finally have a chance to catch their breath and think about the future – about how they can strengthen their capacity and the robustness of their response and about how better to be able to serve their communities.

The Slovakian city of Nitra has already embarked on such a journey by entering into talks with a number of local NGOs and other organisations for the development of an update to the city’s social services strategy.

The work that is currently being done by local authorities in Nitra is solely guided by the principle that the weakest and most vulnerable in the city should be taken care of in a decent and efficient manner. Officials are working alongside organisations representing all those engaged in providing and making use of social services – including clients, consumers and businesses.

One of the main objectives of the update to the strategy is to provide locals with a sufficient safety net that would allow them to feel safe to remain in the city instead of choosing to migrate to other parts of Slovakia. Currently, the local government of Nitra provides social services at a high level aimed at those who can not take care of their families on their own – but it wants to do more.

According to Anna Laurinec Šmehilová, Chair of Nitra’s Commission for Social Affairs "There is still room for improvement. The priority is to slow down, or at least partially slow down, the departure of young people looking to work in other places. The goal is for them to stay and live and work in Nitra. The city supports them by building affordable rental apartments, built through the use of public funds. Several social benefits have also been preserved. Young families with children receive an allowance at the birth of a child, while seniors - an allowance at the time of their first retirement. "

According to local government officials, work on updating the city's social services strategy will last until the spring of 2021 and will cover the next 5 years of operations.