No Christmas fair in Bucharest this year

The decision was announced by the newly-elected mayor Nicusor Dan 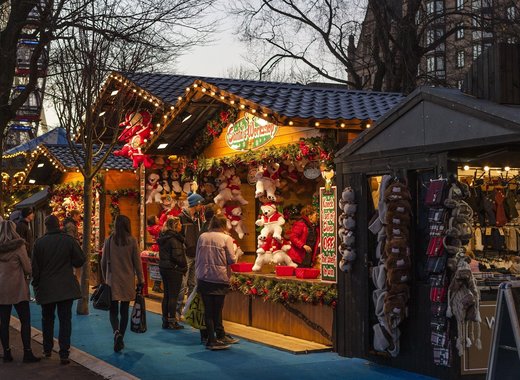 The mayor of the Romanian Capital of Bucharest, Nicușor Dan, announced that there will be no Christmas fair this winter, due to the COVID-19 pandemic. "We will not have a Christmas fair this winter because we are in an exceptional sanitary situation. We are in a situation where doctors and medical staff are dying and we can not allow ourselves to amplify this pandemic", reported News.ro.

The mayor explained that in the coming years and in due time, the event will return to the streets of the capital. He explained also that his office will be in an honest, commercial partnership with private operators. The local administration will provide space, while the private operators will pay rent depending on the markets and prices and in turn they will subcontract, paying for cultural events. It's a commercial matter in which the City Hall never pays anything, added mayor Dan.

Nicușor Dan formally begun his mandate as Bucharest's mayor on 29 October. During the official ceremony in the presence of the PM Ludovic Orban, he asked the residents of the capital to have patience and solidarity, arguing that the city is facing serious problems.

He assured that he will collaborate well with the Government, while PM Orban confirmed he will endorse all projects of the new mayor. The PM responded to mayor Dan that he expects a serious auditing at the Bucharest City Hall in order to determine the capital’s financial situation.

Bucharest is a red zone, as the COVID-19 infection rate surpassed three per 1,000 inhabitants. Restaurants, cinemas and theatres are closed, while schools in the Romanian capital hold their classes exclusively online.