Non-stop flights between Stockholm and Tokyo to start next summer

The direct route, dormant for more than 30 years, will boost Swedish exports and tourism 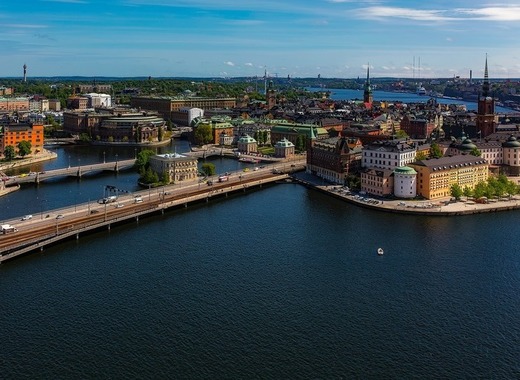 All Nippon Airways (ANA), Japan’s largest 5-Star airline, will start a direct route between the Swedish and Japanese capitals next summer, according to a joint statement by ANA and Swedish airport operator Swedavia.

It has been more than 30 years since Stockholm had a direct route to Tokyo. The new service, linking Tokyo Haneda and Stockholm Arlanda airports, will now be the fastest link between Scandinavia and Japan. The flight will be more sustainable given the lack of layovers, and both passengers and cargo will benefit from the faster transport, officials said.

“The new direct route has long been sought by Swedish export companies, and it will also boost the Swedish tourism industry. We are really pleased that the connectivity between Sweden and Asia is now being significantly expanded with the investment ANA is making at Stockholm Arlanda,” said Jonas Abrahamsson, CEO at Swedavia.

Japan will host the Olympic Games

Tokyo Haneda is Japan’s largest airport, boasting 87 million passengers a year, and is ranked as one of the best airports in the world in terms of punctuality. Japan will host the Olympic Games next summer and aims to double its visitor numbers by 2030.

The passenger flow between Stockholm and Tokyo has increased by 50 percent over the past year, but travellers have had to use the Danish Kastrup airport in order to fly direct, or make a stopover in Helsinki.

“Many of us have long worked to get more direct routes from Stockholm Arlanda and Stockholm so this is very good news. Direct routes make travel easier for both businesses and passengers. I would just like to congratulate everyone who can now fly to Japan in a more convenient way. This will mean a great deal for all of Sweden,” said Anna König Jerlmyr, the mayor of Stockholm.