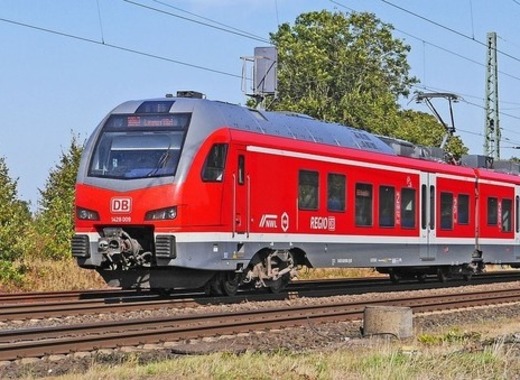 Public transport in the German Region of North Rhine-Westphalia will be strengthened with a massive investment provided by state authorities and the federal railway company Deutsche Bahn.

The investment made by regional authorities and the publicly-owned company total 500 million euros that will be provided by 2029. Of those, 410 million will be used for the expansion of the S-Bahn line, the S13, between Troisdorf, Bonn and Oberkassel. The majority of funding will, of course, be directed towards North Rhine – Westphalia.

The remaining funding will be used for the construction of new stations for the S-Bahn – for example in Bocholt Mussum, Dortmund Barop or Krefeld Obergplatz. Additional funding will be diverted for upgrades and renovations of already existing large stations and the creation of new curves to the railway lines, that would allow for the travel of additional trains along the route.

A nationwide push towards railway traffic

The investments to the Bonn area are part of a larger push by the German federal government to improve railway and public transport across the country. In the year 2020, for example, Deutsche Bahn is scheduled to invest a total of 1.5 billion euros in North Rhine – Westphalia alone.

Meanwhile, overall, the state will be spending 83 billion euros over the next ten years for nationwide projects that will upgrade the country’s railway system and a further 3 billion for improvements to regional railways.

The German government has been blamed for dragging its feet on environmental issues not only by other EU countries but by the Greens and their voters as well. That is why the ruling coalition has been eager to put its climate-friendly credential at the forefront of many of their decision – it has, for example, started phasing out travel by aeroplane for many federal workers, instead choosing to promote the use of trains for domestic journeys.